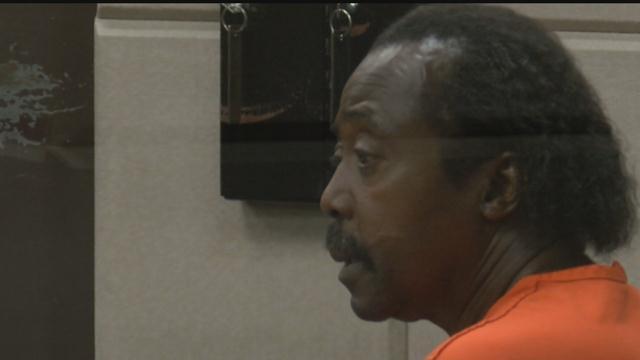 Jessie James walked into Milwaukee County Court Friday with his attorney whispering his name to get his attention.

When he got to his seat, she told him the cameras are in court for him and to try not to look at them.

"State of Wisconsin versus Jessie James," said the clerk.

"I have reviewed the complaint," said court commissioner Julia Vosper. "It does state probable cause."

Brown Deer police were called to an apartment complex near 51st and Bradley Monday night.

James told investigators his girlfriend and her son, Franklin, who had been staying with them, got into an argument.

He said he told the victim to "shut up," but court documents state Franklin then turned on loud music.

Franklin ignored demands to be quiet and leave making James mad. So, he told police he loaded his shotgun with one shell and pulled the trigger.

With no lengthy criminal record, James' attorney argued for the minimum cash bail.

"He has extended family in the area. He does not have any children," said defense attorney Terese Dick. "He's receiving social security at this time, so his income is limited."

But the court commissioner disagreed.

"It is a homicide charge and the potential exposure is significant and for that reason, I am going to grant the state's request for $100,000 cash bail at this time," Vosper said.

James was also ordered to have no contact with his girlfriend.

If convicted, he could face up to 65 years in prison. A preliminary hearing has been set for Friday, Sept. 23.