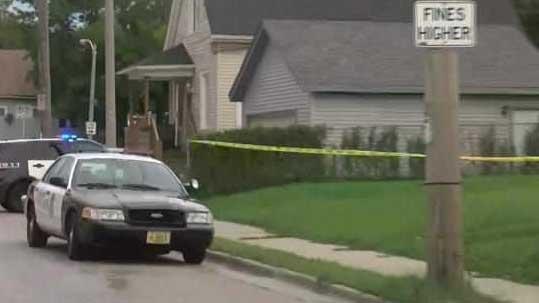 More details are being released in the shooting of the 9-year-old by his 6-year-old brother on North 20th Street on September 21.

Nicole Jackson, the child’s mother, was charged with leaving a loaded firearm near a child.

Dominique Phillips was charged with possession of a firearm by a felon and leaving a loaded weapon near a child.

Jackson told police the gun had been located on top of a kitchen cabinet while she did some cleaning.

In a later interview, Jackson allegedly told police Phillips stored the gun under their bed.

The 9-year-old told police he walked into the kitchen and saw his brother on top of the kitchen table near the top of a cabinet and was holding a black handgun and then the gun fired.

The victim, also, told police he caught his brother playing with the gun approximately 3 weeks ago and told him not to touch it because it was a dangerous weapon.

The youngest brother said he witnessed the gun being on the front porch of the house on one occasion.

Officers searched the home and did not find a lockbox or gun safe anywhere in the residence.