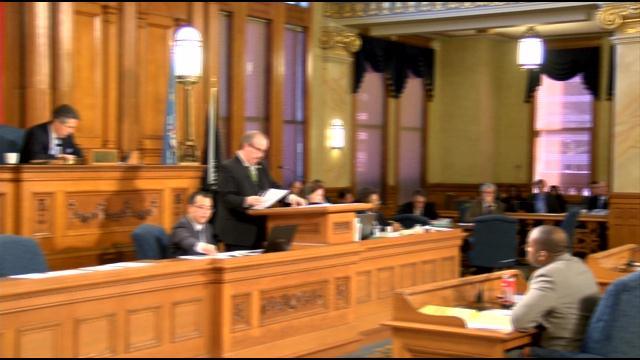 The Milwaukee area has just come through an unusually tragic weekend with drug problems.

The victims, three men and three women ranging in age from 24 to 61 years-of-age had used either heroin, cocaine or prescription drugs.

So far, there does not appear to be a link between the six people who died.

The new city of Milwaukee budget will likely include adding a person to focus solely on stopping so many people from dying after overdosing. Milwaukee Common Council President Michael Murphy is behind the plan.

He said, "More people are dying in our community from overdoses than from auto accidents/homicides combined. So we have a responsibility to see what more we can do to change the course of what's going on."

With six more people dying from probable drug overdoses last weekend, according to the Milwaukee County Medical Examiner's Office, the total in county is now almost at 200 this year.

Sara Schreiber, Forensic Technical Director with the Milwaukee County Medical Examiner’s Office, told CBS 58 last week, “This [drug overdoses] is the leading cause of death in this area, and it's definitely a cause for concern. There's public service that we can do for these folks."

According to the data given to CBS 58 last week by the examiner's office; heroin and different opiates were behind about 70 percent of the 188 drug related deaths this year.

Murphy expects to have someone who leads the fight against drugs approved in the city budget Tuesday.

He explained what the person will do, "Targeting potential populations where we know there's an issue of drug introduction and drug behavior. Working with the health department, reaching out to addicts."

Murphy says he expects the yearly salary for this advocate position to between $40,000-$45,000, and says he is going to raise money for half of that salary through private donations.

The full Common Council votes on the entire budget Tuesday.