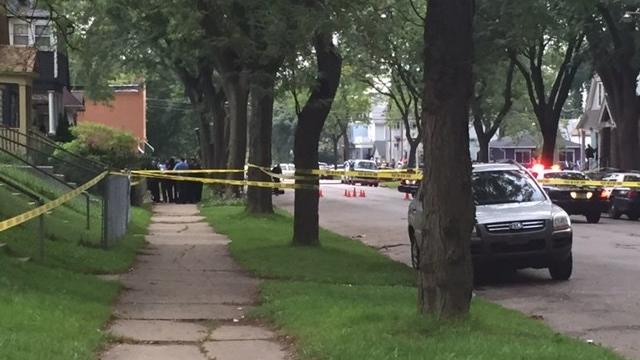 "Milwaukee Police are investigating a shooting that happened on Thursday, September 22nd, around 5:55 p.m. in the 2900 block of N. Palmer Street.  A 53-year old Milwaukee man was shot and was transported to a local hospital, where he died.  A second victim, a 23-year old Milwaukee man, also suffered a non-life threatening gunshot wound and was transported to the hospital.  The investigation is ongoing and MPD continues to seek suspects and determine a motive."

Two were transported to a Froedtert Hospital after a shooting occurred near N. Palmer Street in Milwaukee.

Milwaukee Police are on scene.

CBS 58 has a crew on scene and will update this story as more information comes available.