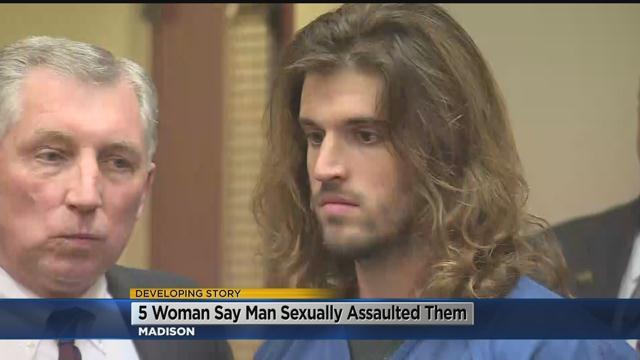 Investigators said he kept a notebook about how he was going to pick and victimize women around campus.

The attorney said they were open to the high amount because they are scared for his client’s safety.

The attorney said social media has “slaughtered the image of their client, and that he is not guilty.”

Cook is charged now with 15 counts including imprisonment and strangulation.

Lawyers also said a black leather notebook found at cook's apartment has been seen in the wrong context.

A search warrant says there were disturbing statements about women including the word "kill".

“Present goal, in other words it could be I wonder what this relationship should be going toward. What was my last step in this relationship. What's my next step. Has it come to an end, is there finality? In other words did it end, why did it come to an end. And then it says level of importance 1 to 10 on the top meaning he must have weighted his girlfriend or dates and then here's the kill. It says killed crossed out, question mark, box," said Attorney Chris Van Wagner, Alec Cook's attorney.

Cook's lawyers said their client is not guilty. They believe all sexual acts were consensual, and that one encounter at a dance class didn't even happen.

The university has placed Cook under emergency suspension and banned him from campus.