5 Men arrested in India over alleged rape of Japanese tourist 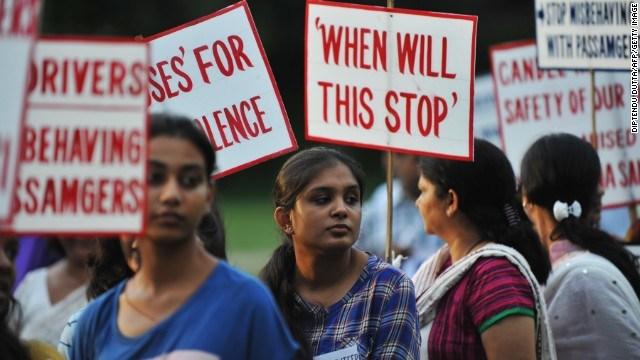 (CNN) -- Five men have been arrested in India over the alleged rape of a Japanese tourist, police in the city of Kolkata told CNN.

According to Pallab Kanti Ghosh, joint police commissioner in Kolkata, the victim, a 22 year-old from Saitama, Japan, was approached on November 20 of last year by a man who spoke Japanese \"very well,\" and convinced her to accompany him and a friend to a variety of tourist spots over the following days.

Two suspects were arrested from near the Buddhist pilgrimage center of Gaya in neighboring Bihar state and charged with rape, the officer said. Three other men were arrested for criminal conspiracy. The arrests were made on January 1.

\"The victim is cooperating with us in our investigation,\" he said.

The victim told police that she had also been forced to remove money from her bank accounts, and that the men had also withdrawn money using her ATM card without her knowledge.

The initial \"First Information Report (FIR)\" complaint filed with Kolkata police, obtained by CNN, focuses mainly on the extortion and theft of a sum of 76,000 rupees ($1,200) over several incidents. The charges were later amended to include rape.

The FIR mentions molestation but does not contain accusations of rape, which were added to the victim's account during a subsequent appearance before a magistrate.

Sexual assault is a high-profile problem in India, particularly following the fatal gang-rape of a student on a bus in New Delhi in 2012. Since then, a Swiss tourist was also gang-raped while on a cycling holiday in India, and the Uber taxi service banned in the Indian capital after a driver was accused of raping a female passenger.