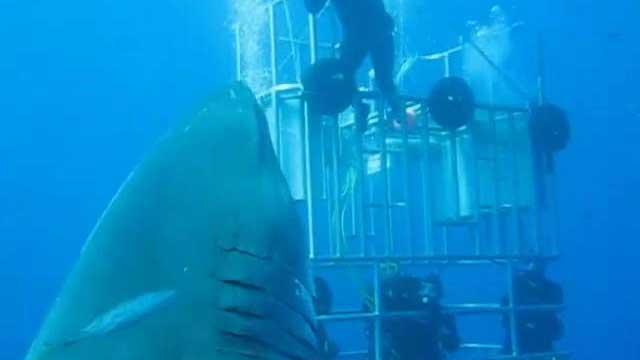 A woman says she noticed two young boys throw the five-foot shark with hooks in its mouth into the pool, according to the Sun-Sentinel, believing it to be a prank.

it by releasing it into the Intracoastal Waterway and attempting to flush out the chlorinated water from its gills. Though, she assumed it did not survive.

The Florida Fish and Wildlife Conservation Commission is investigating the incident.