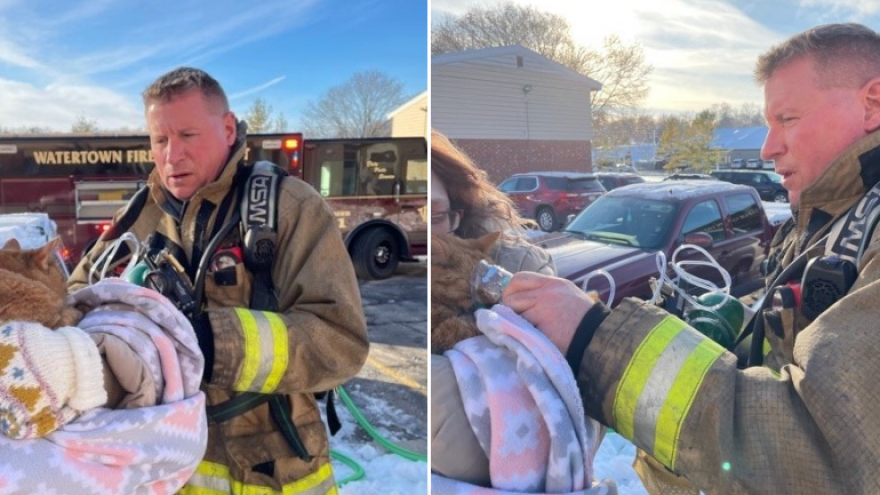 The Watertown Fire Department was called to the apartment building on Boughton Street around 2:30 p.m.

Crews were able to put out the fire shortly after they arrived.

A rescue crew was able to make their way inside and located the family cat. A civilian and the cat received treatment for smoke inhalation at the scene.

All other personnel made it out of the building safely. However, a family of five was displaced. The Red Cross will be assisting them.

Officials say the fire was caused by cooking on the stove, causing approximately $20,000 in damage.

There was no damage to any other units in the building.