5 Dead after Shooting and Fire Inside Home in Phoenix 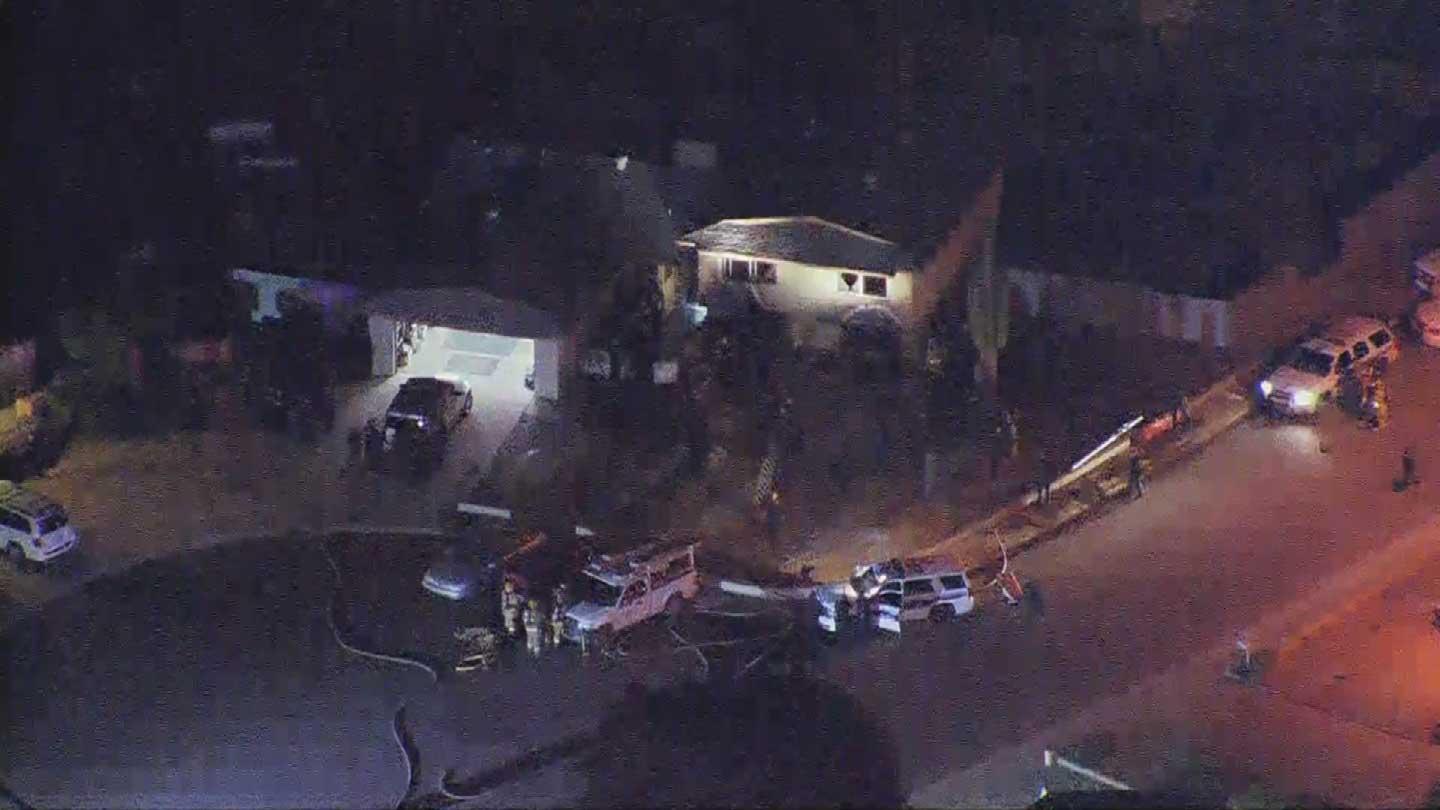 PHOENIX (KPHO/KTVK) -A family member allegedly shot family members and started a fire inside a home in Phoenix Tuesday morning, according to CBS Phoenix.

Authorities have confirmed that five people are dead after a shooting and two fires at a Phoenix home Tuesday morning.

Firefighters and police officers responded to reports that a family of four had been shot at the home in the area of 47th Avenue and Cactus Road around 4:45 AM.

Police officers had to put on fire gear and drag hoses to the house so firefighters could fight the fire.

Phoenix police Sgt. Trent Crump said to CBS Phoenix the initial call was people were being shot at inside the home.

Capt. Reda Bigler with the Phoenix Fire Department confirmed three people died at the scene. A woman approximately 20 years old and a girl who is 10 to 12 years old suffered life-threatening injuries and were transported to hospitals. Both later died.

The female victim reportedly told first responders that her brother was the shooter. Police have not confirmed that at this time.

Crews were working a first-alarm fire at the home as well. Firefighters could not make entry right away to give aid to the victims because there was still an active shooter inside the house.

"Officers were getting shot at from the second floor of the home while they were trying to extinguish the fire and extract people from the house," Crump said.

After knocking down the first fire, firefighters saw smoke from a second fire coming from the roof.

It unknown if the shooter was shot by officers or shot himself.

"We did our best to try to save lives and it is a horrific and tragic event," Phoenix police Chief Joseph Yahner said to CBS Phoenix.