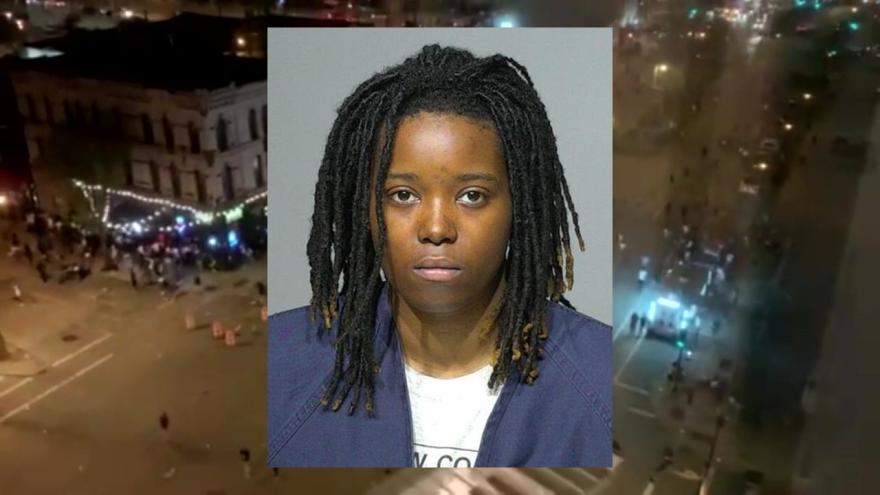 MILWAUKEE (CBS 58) -- A fourth person has been charged in connection to the Water Street shootings that took place after a Bucks playoff game in downtown Milwaukee.

Alexus Jackson-Milton, 20, is charged with conspiracy to commit aggravated battery and 15 counts first degree reckless injury as a party to a crime.

Three other men have also been charged in the shootings and were bound over for trial.

A total of 16 people were shot and injured when gunfire broke out after the Bucks NBA playoff game on May 13.

According to a criminal complaint, officers in the area heard dozens of gunshots and saw several hundred citizens fleeing the area. All reported that the shooters fired in their direction, nearly striking several officers.

The complaint says the shooting occurred when Siller encountered someone he had a long-standing dispute with. Siller said he saw the individual raise up a pistol and fire rounds at him, so he returned fire.

Detectives were able to identify Jackson-Milton in surveillance video firing shots toward the intended target, along with Siller, Jackson and Murry.

Prosecutors say the shots fired all traveled in a west and south direction and a total of 16 bystanders were struck. Many of the victims were struck in the intersection of N. Water Street and E. Juneau Avenue.

Court records show Jackson-Milton is being held on a $150,000 cash bond. A preliminary hearing is set for June 29.