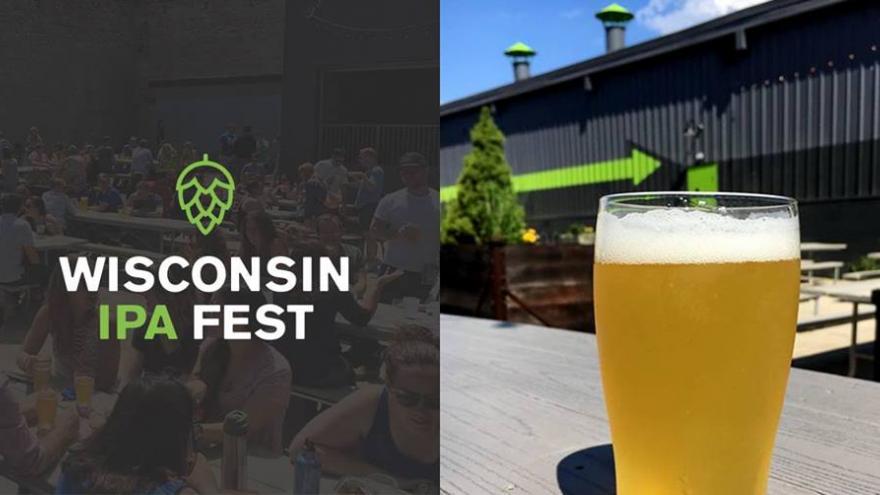 MILWAUKEE (CBS 58) – Milwaukee craft brewery Third Space Brewing will host the 2nd annual Wisconsin IPA Fest on August 4. 48 breweries from across the state will participate this year, up from 37 that participated at the first event in 2017.

The 48 IPAs will be available for public sampling from noon to 5 p.m. in Third Space Brewing’s taproom and beer garden located at 1505 W. St. Paul Avenue in Milwaukee’s Menomonee Valley.

Admission is free and 4-oz sample pours are $2 each.

“We wanted to create an event for the public to celebrate the great hoppy beers being made right here in Wisconsin” said Third Space Co-Founder and brewmaster Kevin Wright. “We also wanted to create a friendly competition to crown the best IPA in the state each year,” added Wright.

Each participating brewery will send one judge for the competition component of the event. Judges will participate in a double-blind judging of the 48IPAs to crown the Best IPA in Wisconsin for 2018. At the culmination of the event, the Brewers Champion will be awarded the Wisconsin IPA Fest Trophy, a replica of a fermentation tank created by local brewing equipment supplier, Quality Tank Solutions. The winning brewery’s name will be engraved on the trophy to be displayed at the winning brewery until 2019’s event. The trophy is currently held by Lakefront Brewery, winner of the 2017competition. Attendees will also vote on a People’s Champion.

If an IPA isn't your thing, a few of Third Space brewing's non-IPA beers will also be available.

There are special VIP tickets for a VIP hour held from 11 a.m. to noon for $30 and come with 10 sample pours. VIP tickets are limited, but will allow people to avoid lines and miss out on any IPAs that run out.