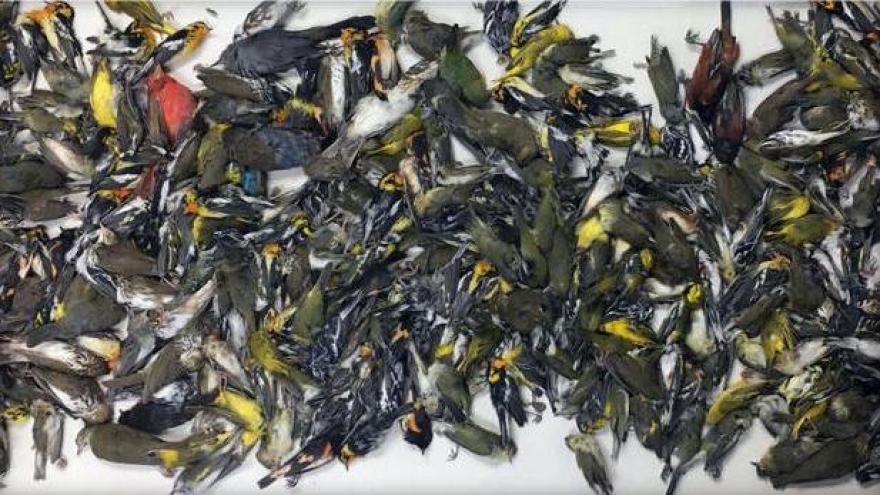 (CBSNews) GALVESTON, TX -- Nearly 400 birds were found dead outside an office building Thursday morning after the flock apparently became disoriented and crashed into the skyscraper.

The birds had flown nearly 600 miles across the Gulf of Mexico to migrate for the season. They reached land at Galveston, an island off Texas' Gulf coast, only to slam into the tower and fall to their deaths.

The Houston Audubon Society told KHOU that heavy winds and rain likely forced the birds to fly lower to the ground, and the building's bright lights probably further disoriented the flock. Bright office lights are known to attract birds and can cause them to slam into buildings at high speeds.

"We encourage building administrators to turn those lights out," Richard Gibbons, conservation director for the Houston Audubon Society, told KHOU. "It is less of an attraction to avoid collisions."

Rescuers found three birds that survived the collision and fell to the ground. The survivors will be rehabilitated at the Wildlife Center of Texas.

Henderson said the bodies of the dead birds will be studied to assess the health of the Gulf's migratory bird population and try to prevent future collisions.