4-year-old Kenosha boy recovering after being hit by truck 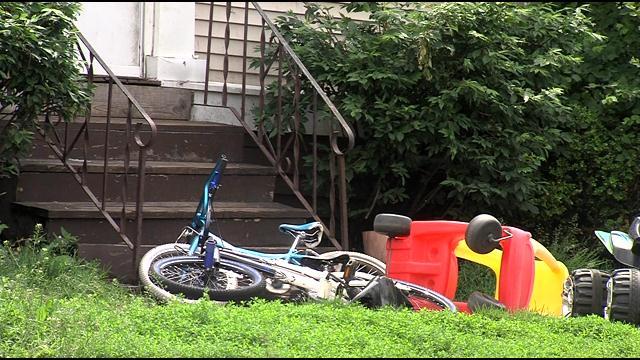 A little boy in Kenosha is recovering after being hit by a car on Father's Day.

\"We were just cooking and stuff. The kids were playing outside, then this happened, some Father's Day gift,\" said Dimitri Mcdowell.

His 4-year-old son Prince was hit by a truck Sunday evening.

\"When I heard a truck hits 4-year-old I thought, it can't be my kid. It's probably another kid on the block, and when I get here they say, 'It's your son,'\" said Mcdowell.

He said the man was taken into custody. He also said there were three people in the truck, two men and a woman.

\"You could smell the liquor when they opened the door of the truck. You could tell they were seriously intoxicated,\" said Mcdowell.

He believes they were going around 40 miles an hour when they turned onto 61st Street.

\"He came in and said. 'Prince just got hit.' I looked at him and just shot out the door,\"said Amanda Ford, Prince grandmother.

Prince is in the hospital. His father said he will be there for a few more days.