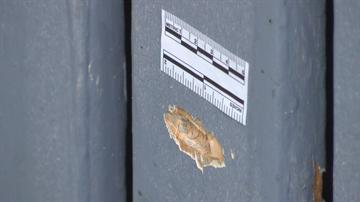 MILWAUKEE-- Milwaukee police are investigating after gunfire is exchanged in a neighborhood late Saturday night and a 4-year-old girl gets caught in the cross hairs.

The child was sitting on a porch with family members around 9:30 p.m. near 24th Place and Capitol.

Gunfire was exchanged between unknown subject and the girl suffered a minor graze wound.

The wound was the result of either a bullet fragment of fragments of a concrete pillar that was struck.

Police said the family on the porch did not appear to be the targets.

CBS 58 spoke with the girl's grandfather.

He first thought the gun shots were firecrackers.

The 4-year-old injury was minor and the only treatment required was a bandage.

Police said that there are no suspects in custody and the investigation is ongoing.