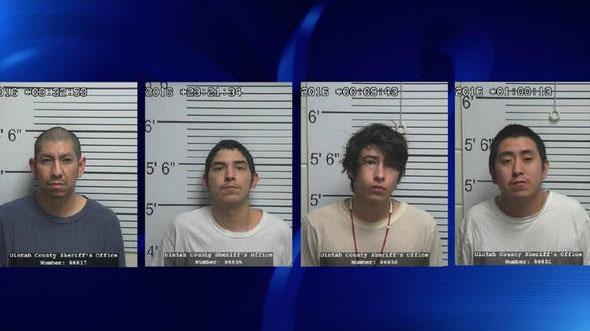 The Uintah County Sheriff's Office said the victim and her mother were spending Easter weekend at a friend's home at the time of the attack. Deputies say the girl was asleep on a sofa when the mother went to smoke meth in the home's garage.

The girl's mother allegedly told investigators that when she returned, she found the girl visibly upset with her dress "pulled up past her waist."

Police say the girl has been placed in state custody. It is unclear if the girl's mother will face any charges.