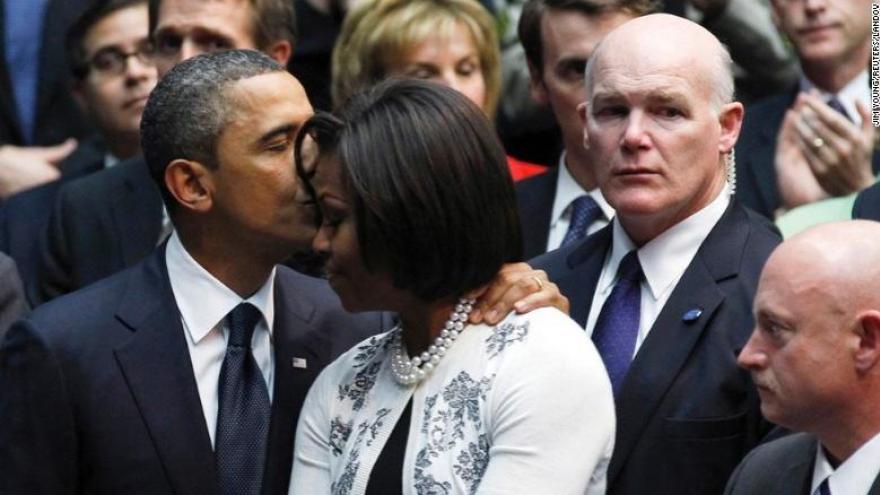 The four agents, whose names were not released, were transported to Frisbee Memorial hospital. The driver of the other car, Bruce Danforth, 45, died at the scene of the crash and two passengers with him were injured.

"At this time, our personnel have sustained what is described as serious, but non life threatening injuries. Please join us as we keep all the victims of this accident and their families in our thoughts and prayers," Clancy said in a statement.

The four agents were on-duty, traveling south on New Hampshire's Route 16 in a Ford Taurus when the other car, a Mercury Sable, crossed into their lane. It was not immediately clear who the agents were protecting, although several White House contenders -- including former Secretary of State Hillary Clinton -- are campaigning in New Hampshire.

Clinton said Wednesday that she was "saddened and concerned" to hear about the accident.

"My husband and I send our prayers and condolences to all the victims and their families. We are grateful everyday for the service, dedication, and professionalism of the U.S. Secret Service," Clinton said in a statement.