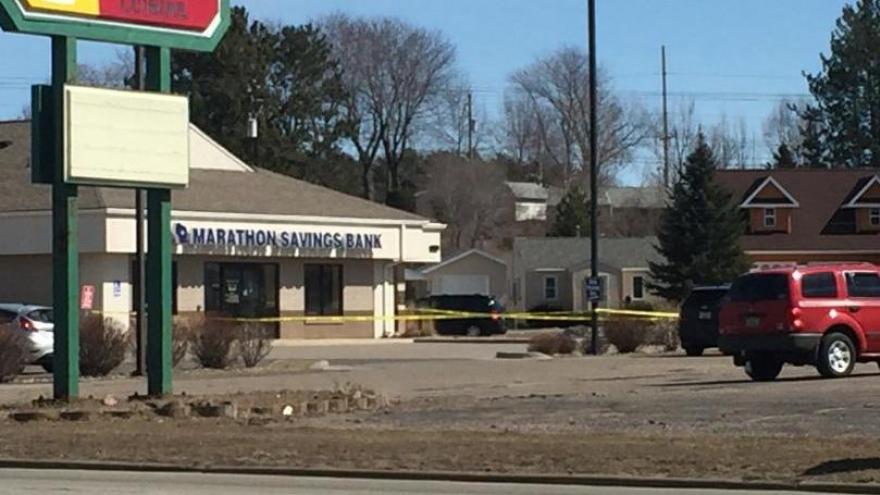 Everest Metro Police Chief confirmed the fatalities during evening press conference. He said a suspect has been arrested and the public is not in danger.

The incident was first reported around 1 p.m. Wednesday and involved three locations – Marathon Savings Bank in Rothschild, Tlusty, Kennedy and Dirks law firm in Schofield and the Aspen Street apartments in Weston.

The suspect was taken into custody after 5 p.m. Following a stand off at an apartment building on the corner of Aspen Street and Ross Avenue.

Residents of the Aspen Street Apartments are considered displaced. According to dispatch reports, eight families will receive assistance from the Red Cross.

"One of the main reasons that we want to keep everybody away from those streets we've listed is because I can confirm that a local law enforcement officer was shot. I can not comment on the extent of the injuries at this point, or the extent of anybody's injuries. Officers are in contact right now with the suspect at the Aspen Street Apartments site , and are working to engage in communication with him," Baeten explained.

The D.C. Everest School District went into lock down mode, however their lockdown was lift around 4 p.m. for all schools, expect IDEA Charter School and Weston Elementary.

This email was sent to parents

The Everest Metro Police Department removed the lockdown from all school except IDEA and Weston Elementary at 3:40 p.m. This means all bus routes are running approximately one hour and fifteen minutes behind. Students who ride secondary buses 30, 31, 26, and 28 will be taken to Greenheck Fieldhouse where they may be picked up by a parent or we will provide transportation when the area is safe. Our current plan is to move all Idea and Weston Elementary Students at approximately 5:00 p,m. to Greenheck Fieldhouse under police security. Parent are welcome to pick up students there.

Captain Baeten said officers then responded to a second scene near the law firm, and then a third scene on Aspen Street in Weston. He called it “complex investigation”.

The Rothschild, Everest Metro, Wausau, and Mosinee Police Department have responded. Along with State Patrol, the Department of Justice, and Marathon, Langlade and Lincoln County Sheriff's Departments.