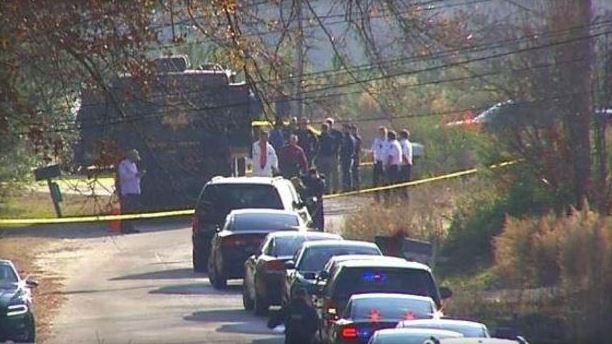 Sheriff’s spokeswoman Wanda Samuel says law enforcement officials are in the process of identifying the victims and notifying their families.

No details have been released yet.

People living in the neighborhood had many questions as they tried to wrap their minds around what happened, CBS affiliate WNCN reported.

“It’s Christmas Eve. It’s shocking,” said a woman named Brenda, who did not want to give her last name.

Brenda said her mom, who just recently moved onto this street, knew one of the victims and is concerned.

“It upsets her anytime something happens to somebody even if she doesn’t really know them. She knew one of them too. He worked in the house for the landlady,” Brenda said about her mother to WNCN.

Neighbors described the area as quiet.

“What could’ve happened? What could’ve made a person be so crazy to do some things like that,” said Michael Taylor, who lives in the area.

“This is a good area. A very good area. Quiet. You don’t hear any bad things going on,” Taylor added.