$382,000 worth of damages after garage fire spreads to home in Glendale 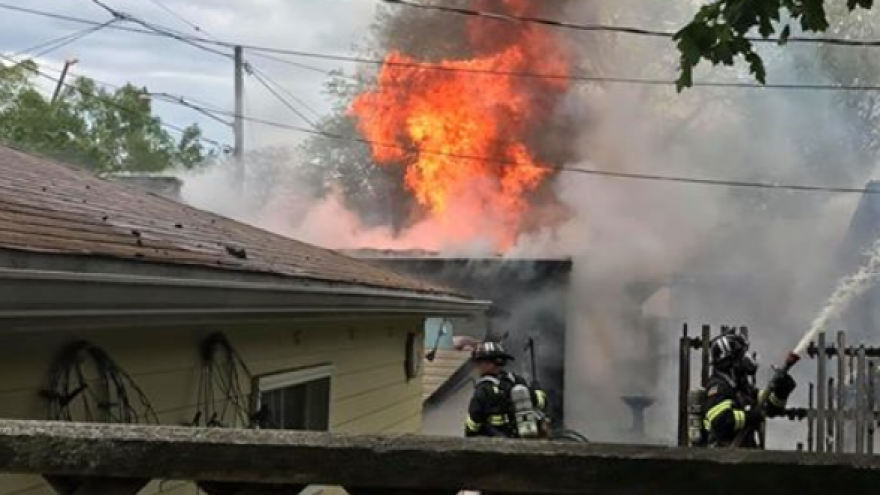 Crews were dispatched to a fully-involved garage fire in the 5700 block of N. Bel Aire Drive in Glendale this afternoon.

Upon arrival, the fire had started to spread to a nearby house.

Due to the volume of fire, firefighters deployed several offensive and defensive hose lines to attack the fire and protect neighboring garages and homes. Additionally, the high heat conditions melted overhead power lines in the alley, making access to all sides of the garage difficult. WE Energies was requested to the scene to secure power, ultimately allowing firefighters to more aggressively attack hot spots.

Unfortunately, due to the rapid fire spread prior to the arrival of fire crews, the home sustained moderate damage. The garage and contents are a complete loss.

The sole resident was able to evacuate prior to the arrival of emergency crews. One family pet remained inside the home on the arrival of fire crews and that animal was rescued by firefighters and reunited with the homeowner; appearing unharmed.

The exact cause of the fire remains under investigation.