30 years ago, April 7, 1989, the movie Major League debuted in theaters. It's a comedy about a bunch of misfit baseball players overcoming themselves to build a winner with the Cleveland Indians. But it was Milwaukee, not Cleveland, and the people living here taking a starring role alongside Charlie Sheen, Tom Berenger and Rene Russo.

CBS 58 morning anchor Mike Curkov caught up with some of the locals involved the movie for an MKE-based oral history of the time County Stadium went Hollywood.

Milwaukee became Cleveland during filming in the summer of '88. For one thing, the Indians' stadium wasn't available and two, legendary Brewers announcer Bob Uecker was in Milwaukee.

"County Stadium at that time was pretty similarly structured as Cleveland and they wanted Bob Uecker to be in the movie."

"Just a bit outside. He tried the corner and missed." 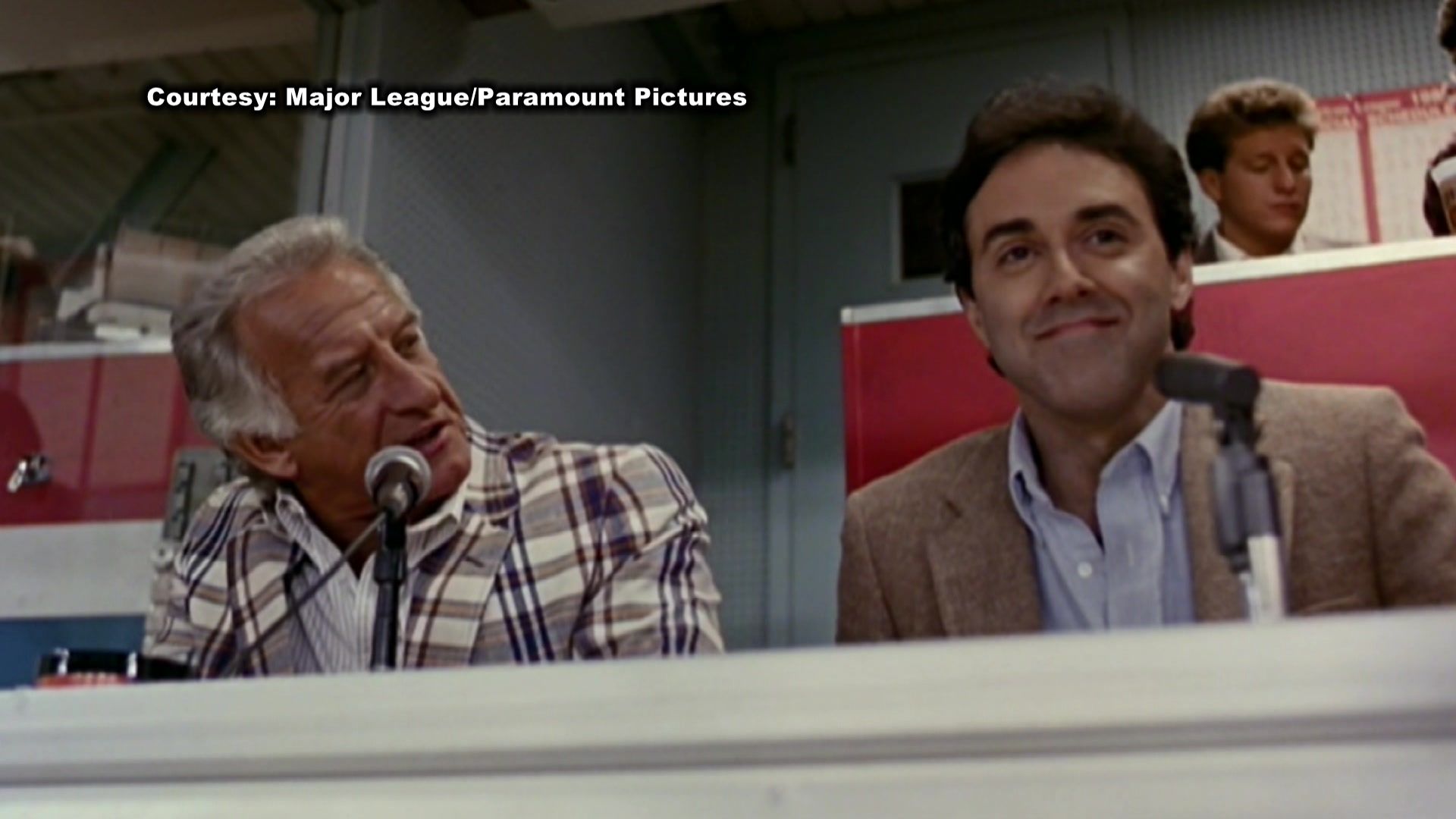 "Doyle: Monty, anything to add? Monty: Uh...no. Doyle: He's not the best color man in the league for nothing folks."

"He was warm and gracious. And amazing in that they would constantly change his dialogue before the scene. He would memorize it on the spot and almost do it flawlessly ."

Writer/Director David Ward and his crew used everything Milwaukee had to offer them. From Uecker, to Brewer great Pete Vuckovich as fictional Yankees slugger Clu Haywood to the Duke.

"And Horton wasting no time, he's going straight to the Duke." 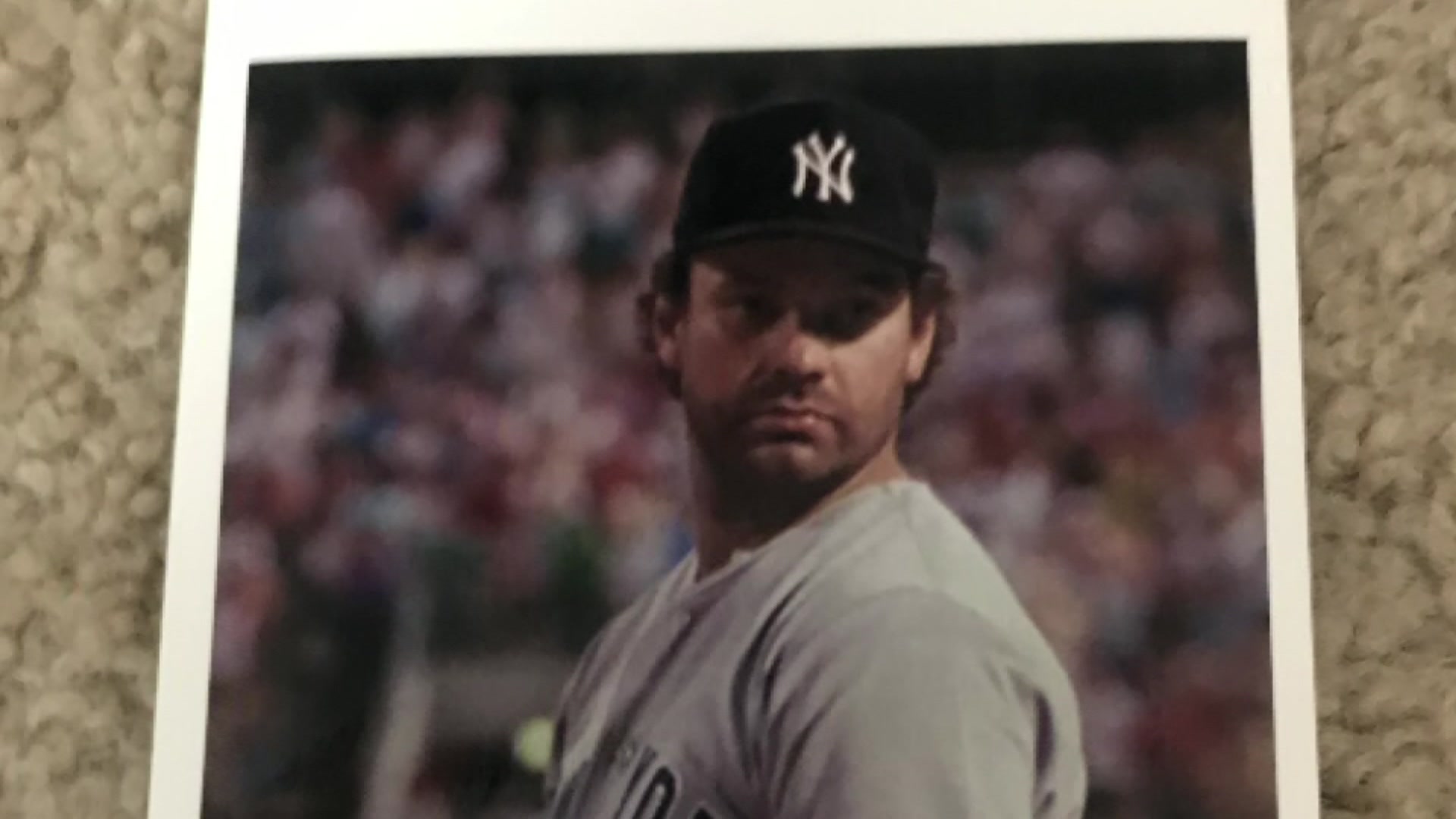 "So, one night around 9 o'clock I got a call from David Ward. He says, 'Well, we were doing a screenplay of the actor that's going to play the Duke and he ain't doing real well. I [Ward] said to Pete Vuckovich, you know anybody real big and ugly that can throw the ball really hard. He said try Willie Mueller out of West Bend."

Mueller was retired from baseball when he got the call to come in at the climax of the movie as the Yankees pitcher that tries to shut down Tom Berenger's Jake Taylor.

"The pitch. Down goes Taylor!"

“Tom Berenger, I got to know him pretty well. He didn’t like how hard I threw the baseball. He was deathly afraid of getting hit. I promised. I said Tom, I won’t hit you. I’ll come close. They didn’t want to do a double with him. He said you promise you won’t hit me? I said no. so, what they did was they painted up a rubber ball that I threw. But if you look in the movie, I didn’t even get the ball out of my hand and he was already on the ground.” 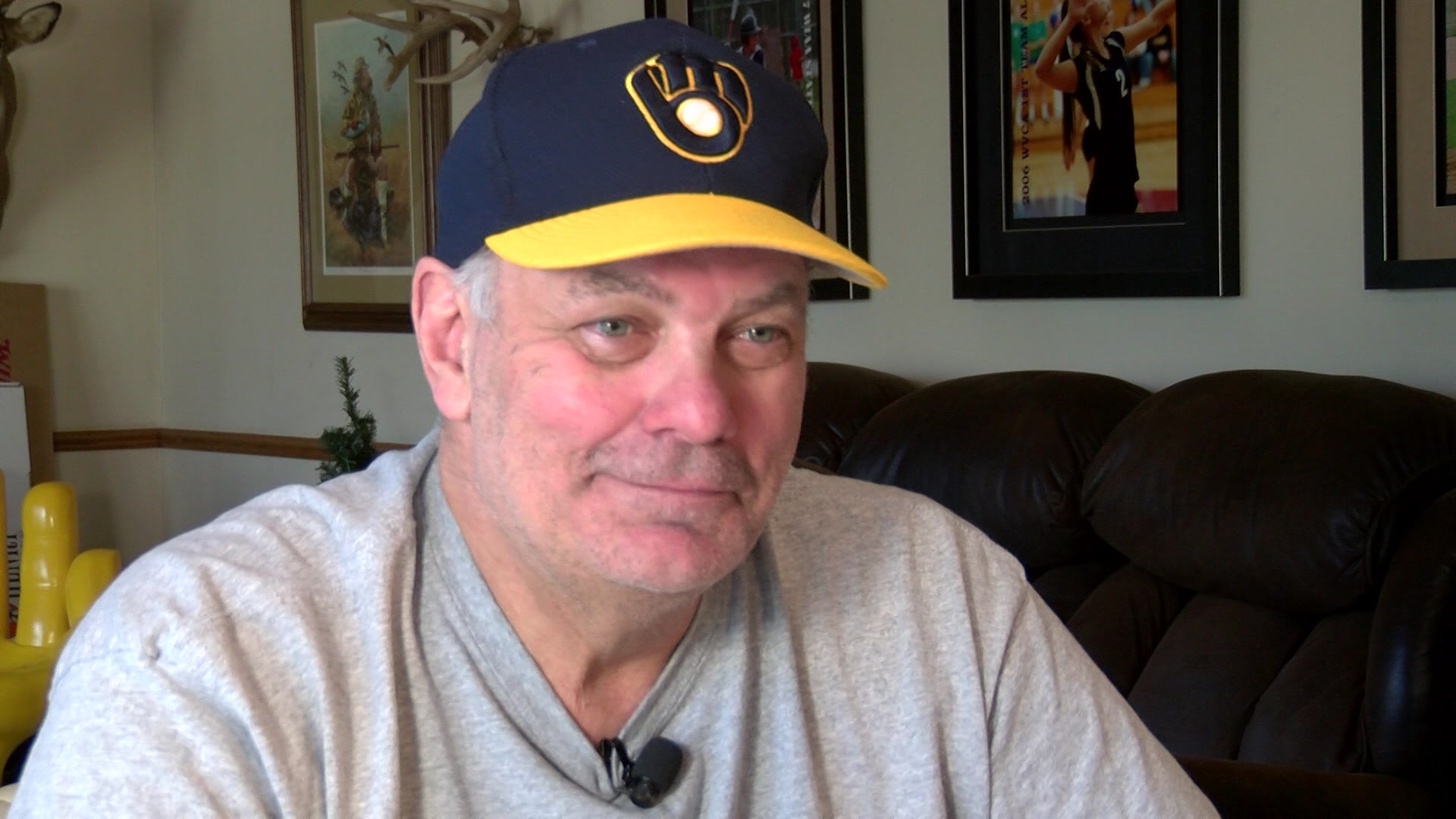 "This guy threw at his own kid in a father-son game."

Curkov: "You ever thrown at your kid? Mueller: Oh, yea. Have you? Curkov: Yea. my son was in little league. 13-14 year olds. He would point when I was throwing tennis balls one day. I said Daniel. Don't do that. He said why! I think it's funny. I said don't do that. I'll drill you. So, I drilled him with the tennis ball."

For months in a hot Milwaukee summer, fans filled the stands in the middle of the night...the bars too.

"Come on! Join in wherever you are out there." 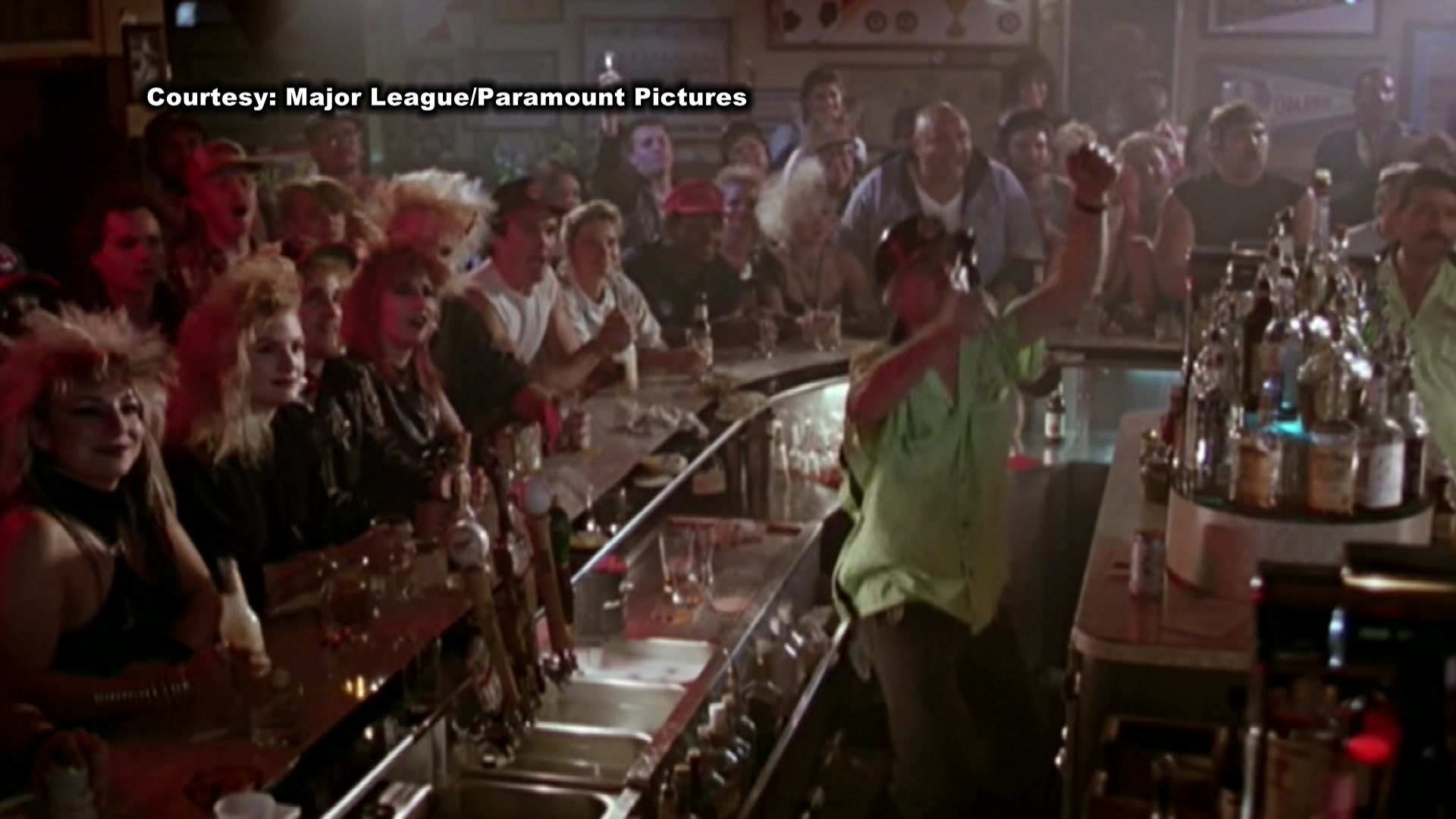 C.J. Papara, manager of 4th Base in West Allis:

"This restaurant is the bar scene from the movie. The same way that you've got the angle set up with the camera, is the same horse shoe bar from the movie 30 years ago." 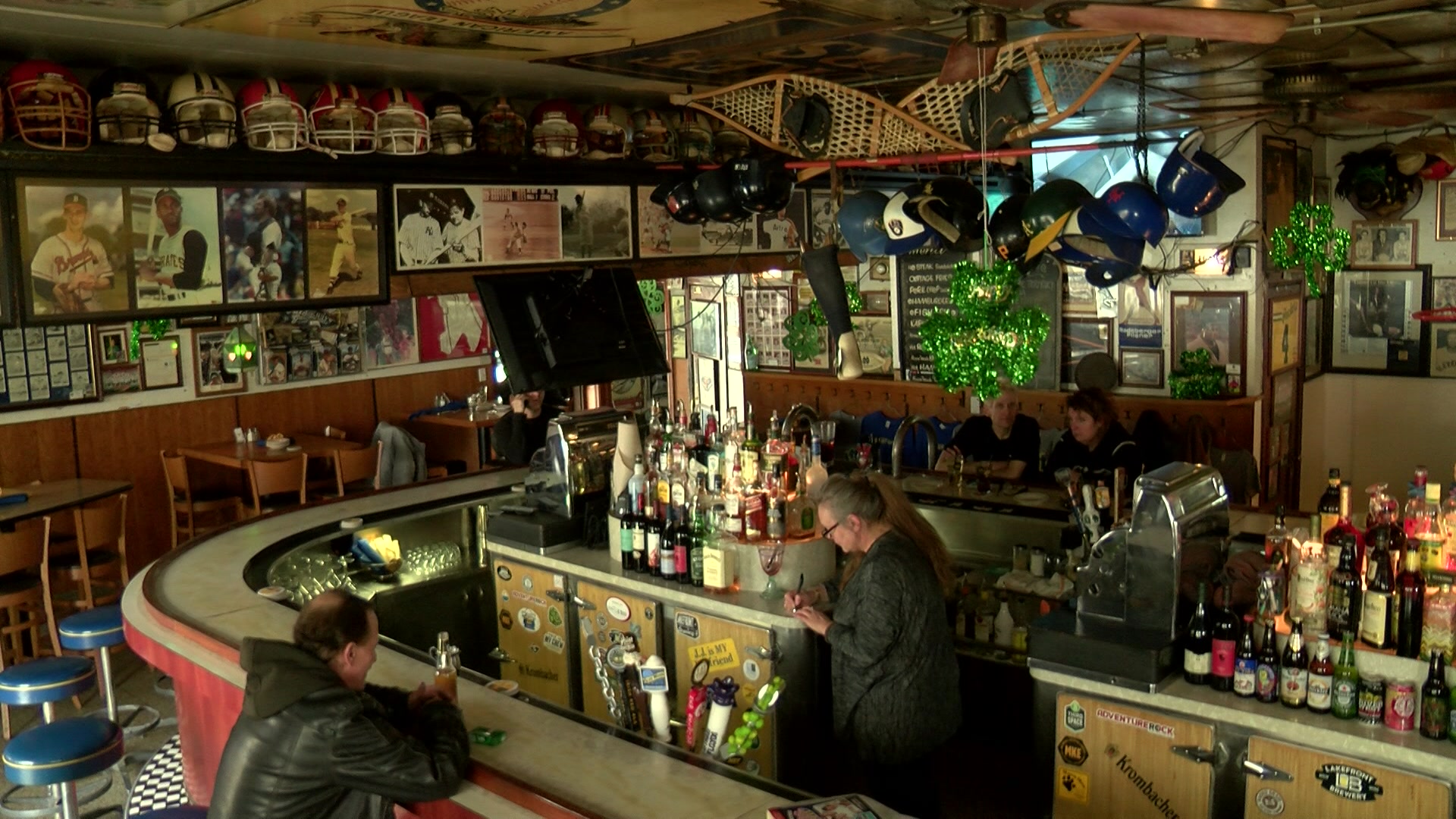 Papara's father still owns the bar, it looks almost exactly the same down to the posters on the wall.

"Throughout the baseball season, every home game looks just like that film."

Steve Dindorf of Pewaukee, worked as a paid extra. One of three beer vendors:

"The phone rang in early June of 1988. It was a phone call from a casting director in Hollywood...Long story short, I ended up doing it. I found out that it was my grandma that sent in my bio and my information along with my brother and sister's."

He found a prime spot right at the end. 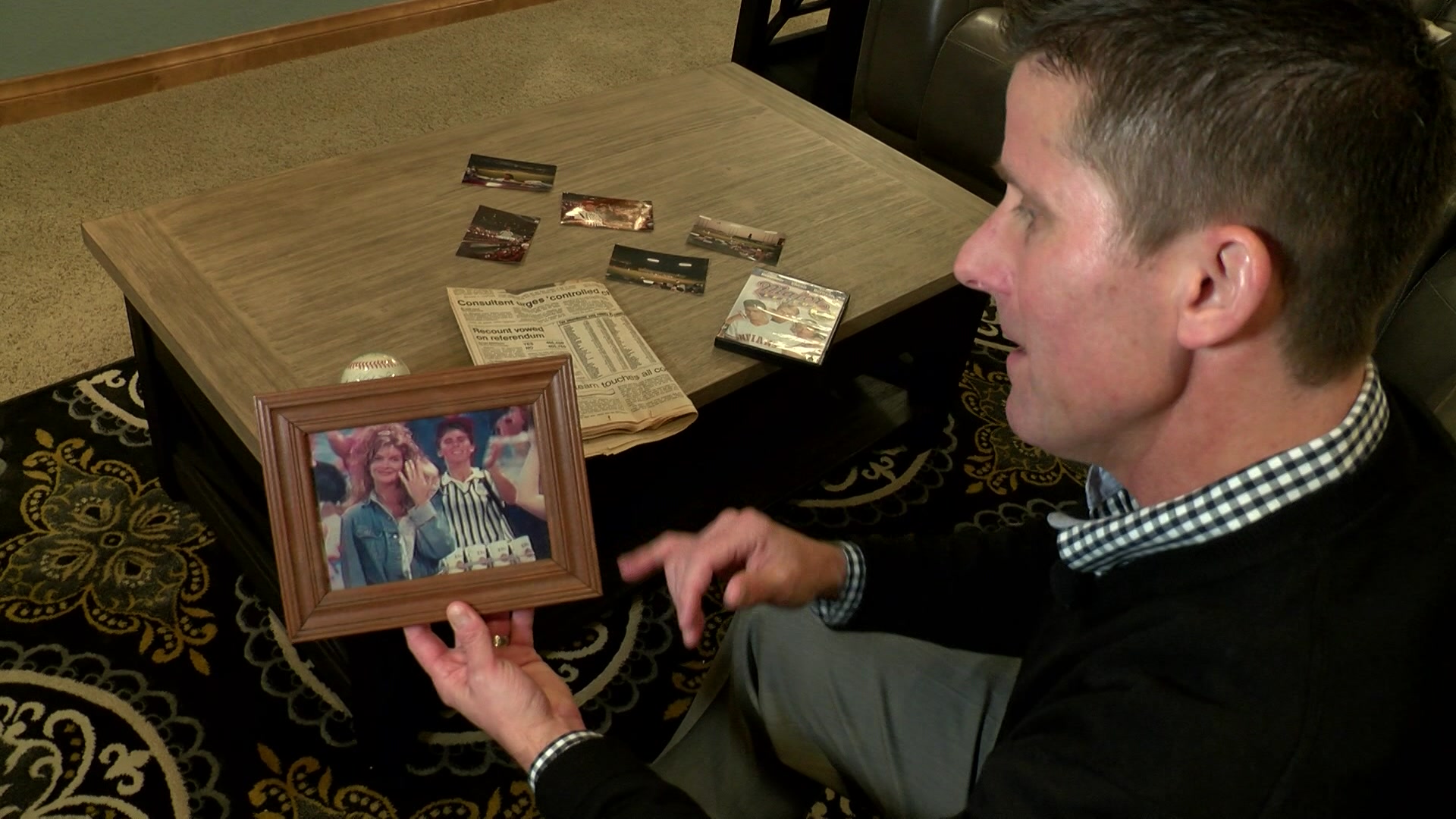 “That last shot, I guess my 15-seconds of fame.The Cleveland Indians, they just won the pennant. They strategically put all of the extras just kind of in the background. Halfway through the director said stop, he wanted to try a different angle. He actually looked up into the stands and singled me out and said we’d like to put you next to Rene Russo. So, that’s where he had me stand, right next to her. Right behind her, over her left shoulder. They filmed that time and time again. They said don’t look at the camera, just look out and clap. So that was my shot.” 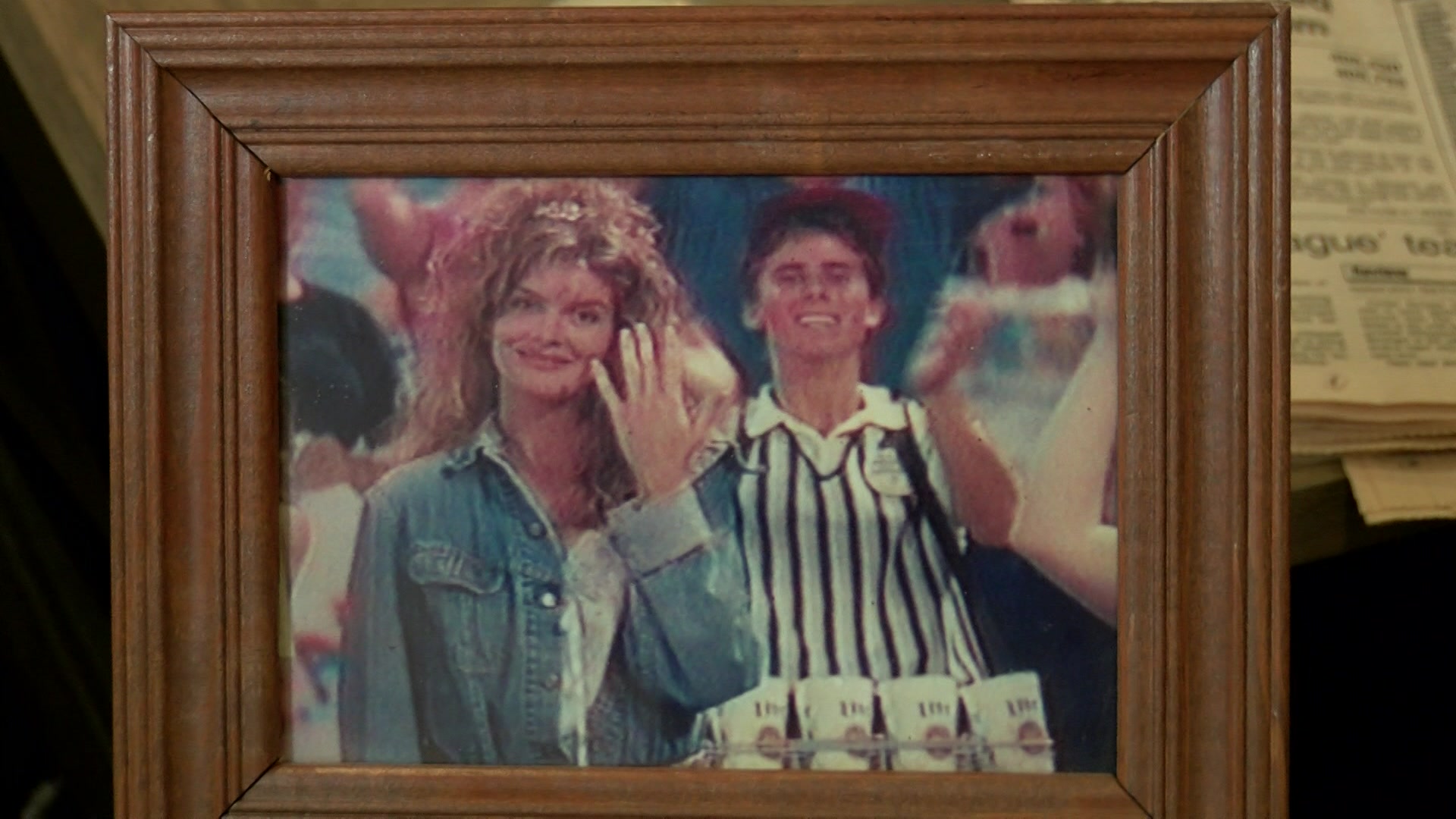 It was actually foreshadowing for Dindorff. He's been working in the local beer industry for years.

"I was very proud and privileged to be part of the movie. Hopefully, I did my little part in making Milwaukee proud."

Mueller is retired and is now a grandfather for the first time.

"It's a bittersweet deal because I worked my hind end off to try and be a in the major leagues, which of course I achieved for a short period of time. I didn't have that many years up there but more people…even the cards I get in the mail for signatures is mostly asking if I can sign the Duke because everybody knows the movie."

Griparis is a comedian and impressionist living in Illinois. He travels the area performing his Heroes of Rock show which runs through the evolution of rock. 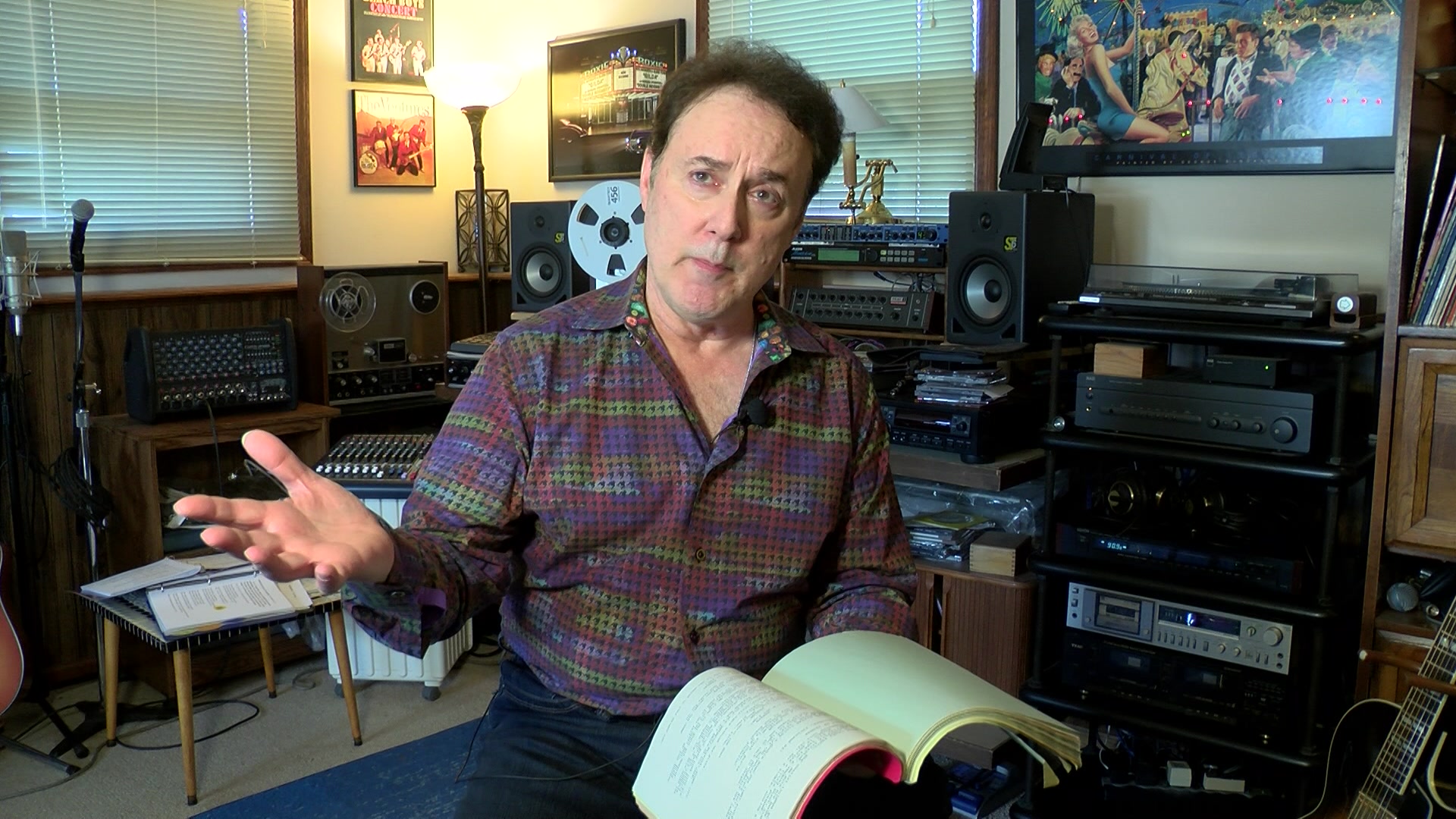 "I have people quoting me lines from the movie…all of the time. People that have the entire movie memorized. It's like a cult following, but it's a big cult following."

4th Base in West Allis is almost exactly the same.

And so is Bob Uecker.