MILWAUKEE (CBS 58) -- Major Harris' father, family and friends remembered the 3-year-old boy at a vigil Friday, Oct. 22, one day after Major's body was located in an alley on Milwaukee's north side.

Police offered some new information Friday as the investigation into Major's death continues. Both police and the medical examiner confirmed Major Harris was murdered, but they're still working to determine when he died.

Friday afternoon, about 30 people gathered on the north side to mourn the loss of a boy many of them had never heard of one week ago. But now united in grief, they're pledging a "Major movement" to prevent another child from falling victim to this kind of violence.

A devastated Carlton Harris joined dozens of mourners Friday evening at a makeshift memorial to remember his 3-year-old son. Once there, he said, "I love you, baby. Love you so much. I wish I could see your face one more time." 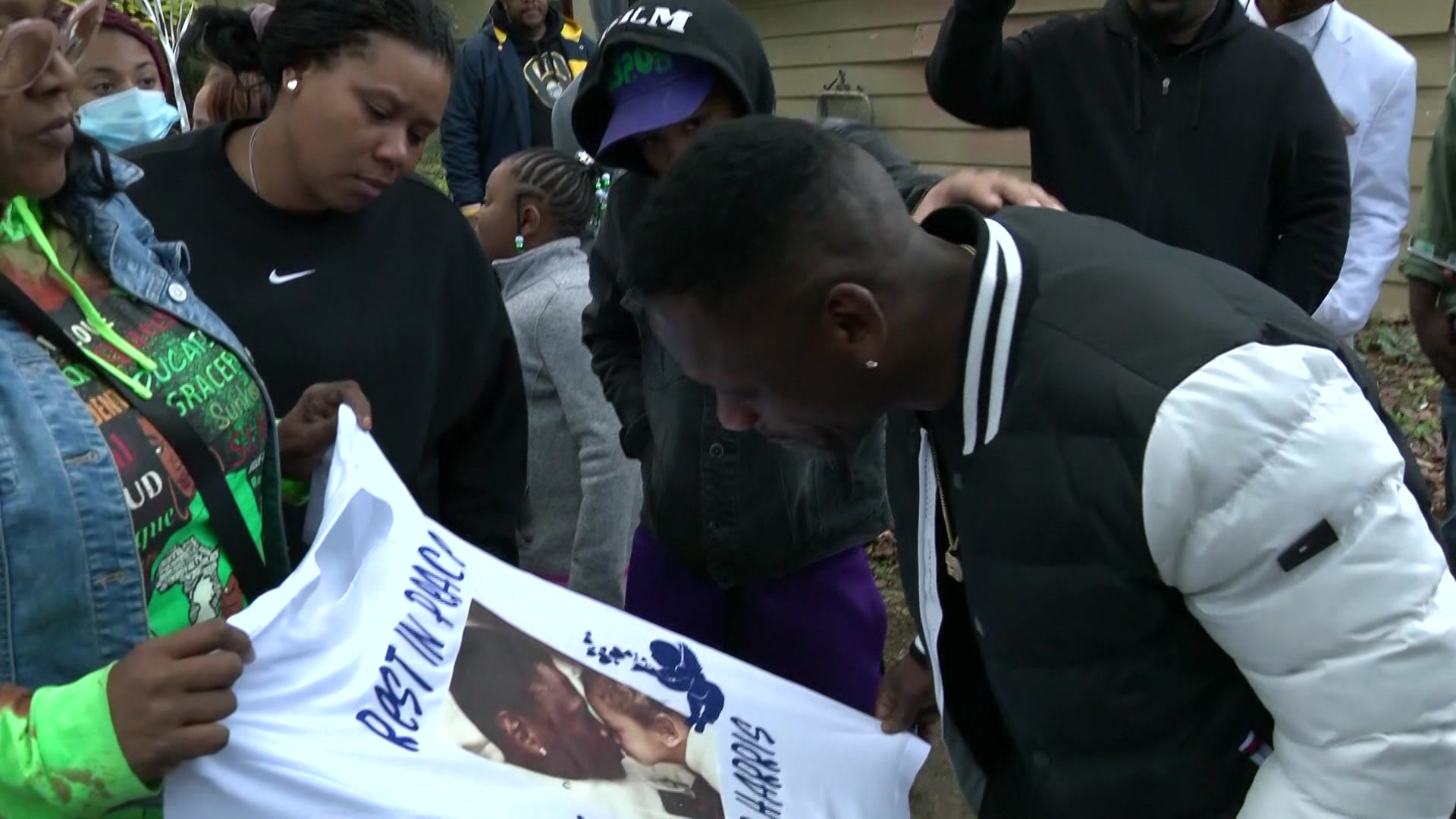 For nearly a week, many in the Milwaukee community had rallied together to search for the missing boy. Those efforts ended Thursday when police located Major's body near 35th and Rohr.

One woman, who led a group prayer, said, "A lot of you had never heard of Major, but now you won't ever forget Major." Some of those gathered lived in the area, many had helped search, some had no connection at all but still felt the pain of losing a child. One mother told the group, "I don't know him personally, but I'm a mom. I have a 5-year-old. And I hug my kids, but last night I hugged them so tight until I couldn't hug them anymore."

There were plenty of tears and prayers. Carlton Harris' sister prayed, and said, "We know that Major is with you. We don't quite understand what happened here, dear God, but we believe at the end of the day, dear God, that you don't make mistakes."

Those gathered talked about accountability, about speaking out when violence occurs, about mentoring young people so they won't turn to violence in the first place. One woman said, "It's time to put Milwaukee on the map for something else besides murder."

And they released balloons in Major's honor. But several painful questions remain, specifically how and why a child was murdered. Carlton Harris vows to find out, with the support of his new, extended Milwaukee family. He said, "God bless everybody, and I love the community and everybody else. And I need justice for Major. I need justice for my son."

After the vigil, Carlton Harris told CBS 58 he and his family will be head back to West Virginia Saturday, but he plans to return often as this investigation progresses. He said he'd like to bury Major in West Virginia, but acknowledges there are a lot of details to work out first.