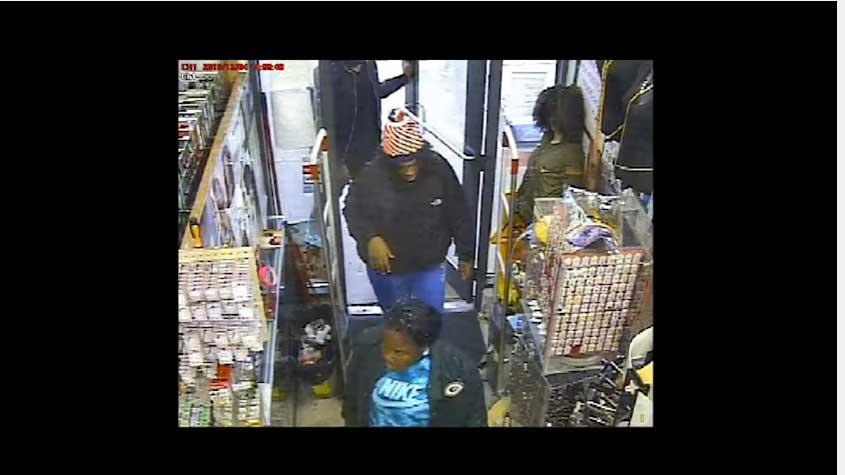 Three suspects are wanted in connection with an armed robbery at Cosmo Beauty Supply in Milwaukee.

According to Milwaukee Police, the incident happened at 5670 W. Capitol Drive, around 2:00 p.m. on December 4.

The suspects entered the store and grabbed some merchandise.

A store employee told them to put the merchandise back when one of the suspects sprayed pepper spray in the employee’s face.

The employee was able to eventually take the merchandise away as the suspects left the store.

Another one of the suspects came back to the store, grabbed a broom and dust pan, and threw it towards the employee.

She was last seen wearing a black zip-up jacket with yellow writing on the back, a blue t-shirt with “NIKE” on the front, dark blue jeans, and black shoes.

Suspect #3 is described as a black female, 5’6”-5’8” tall, and 150-180 pounds. She was last seen wearing a black jacket with North Face written on it in white letters, purple/blue sweat pants with white writing on the left leg, and black winter boots.

The same suspects are wanted for a retail theft that took place just before this armed robbery at another Cosmo Beauty Store at 4679 W. North Avenue. Anyone with information is asked to call Milwaukee Police at 414-935-7360.