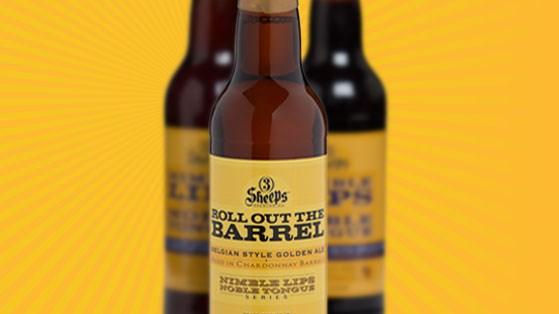 According to a release from the company, the two-day event features a line-up of distinctive beers, tap room only beers and food trucks.

The opening coincides with the Release Party for the tapping of the limited edition Roll Out The Barrel Belgian Style Golden Strong Ale aged in Bourbon Barrels. The taproom will be open on Saturday, April 23 from 11am to 11pm and Sunday, April 24 from 11am to 11pm. Regular hours of operation for the taproom located at 1837 North Avenue in Sheboygan are Tuesday-Thursday from 4-10pm, Friday from 4-11pm, and Saturday-Sunday from 11am-11pm. For more information on planning your visit, call (920) 395-3583.

“We are so excited to be able to open our taproom to the public.  Being able to connect directly and share our beer with our fans and friends is going to be such a treat,” said 3 Sheeps Brewing Co. Founder & Brewmaster Grant Pauly.  “The 3 Sheeps crew, in proper brewer fashion, plans to commemorate this milestone with a full taproom and lots of fun and unique brews!”