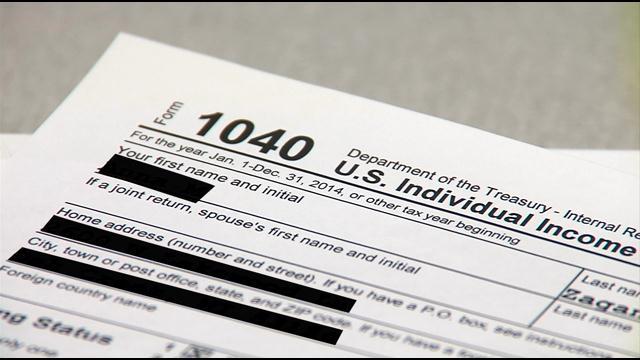 A Milwaukee woman has been sentence to 28 years for her part in a tax fraud and identity theft scheme. Her two sisters were, also, charged in regards to this incident.

Angela Staten will have to serve 14 years prison time, and an additional 14 years extended supervision. She was also ordered to jointly repay $202,520 in restitution to the Wisconsin Department of Revenue.

Angela and her two sisters, Sharon and Tawanda, were charged with a total of 90 felony charges in February 2015 for filing fraudulent income tax returns following a two year investigation by the Wisconsin Department of Revenue's Criminal Investigation Section.

The three sisters are being prosecuted by the Milwaukee County District Attorney's office for being part of a scheme where 2,000 fraudulent tax claims were filed between January 1, 2011 and December 31, 2012.  The scheme attempted to get a total of $960,175 in tax refunds, but the agency blocked $725,785 in fake claims, or more than three quarters of the fake returns, by following the patterns that the Staten sisters and their accomplices used when filing.

Angela's accomplice, Anthony A. Coleman was incarcerated at Fox Lake Correctional Institute.  Coleman and Staten told inmates Angela would help file their tax returns, and Coleman provided fellow inmate names and social security numbers, which were then used to file false claims.  The Fox Lake Correction Institution provided this information to DOR, and this tip helped agents with their investigation.  In November 2012, East Troy Police arrested Angela and Coleman during a traffic stop.  Police found handwritten notes in Staten's purse which included personal information of three prisoners, as well as a fake income tax return in her own name

DOR's Criminal Investigation agents referred the case to the Milwaukee County DA's office in April 2014 following an in-depth investigation that gathered evidence against the Staten sisters.  This includes evidence that was gained when DOR's agents executed search warrants against all three on May 31, 2012, which turned up documents, computer files, fingerprints and other evidence that listed hundreds of stolen identities with names, dates of birth, and social security numbers.

Sharon L. Staten is expected to be sentenced on Friday, February 12.  Sharon faced 2 felony counts related to identity theft and fraudulent claims/income tax credit for the crimes she committed.  When agents executed the search warrant in May 2012, they found 58 prepaid debit cards, mail, personal papers, invoices, and bank records concealed in a plastic bag in a Huggies diaper box.  They also found approximately 25 receipts and invoices with her alleged accomplice's name, James Cross, listed on the documents.  The notebooks and papers found contained the personal information of 300 people, and had notations as to which returns had been filed in Wisconsin or the IRS, bank routing numbers, prepaid debit card account numbers and account passwords

Tawanda L. Staten faces 28 felony charges including identity theft, fraudulent claims/income tax credit, and false representation for the alleged crimes she committed between January 2011 and December 2012.  Tawanda used fake wage and tax statements to file her refund claims and returns, as well was fake rent certificates to obtain homestead credits.  According to the criminal complaint, she often used the identities of inmates incarcerated in the Mississippi prison system.  DOR's law enforcement agents found notebooks and scrap papers listing hundreds of stolen identities with names, dates of birth, and social security numbers at Tawanda's residence when the search warrant was executed in May 2012.  Agents also found fingerprint evidence, computer files and prepaid debit cards that matched the fraudulent returns.