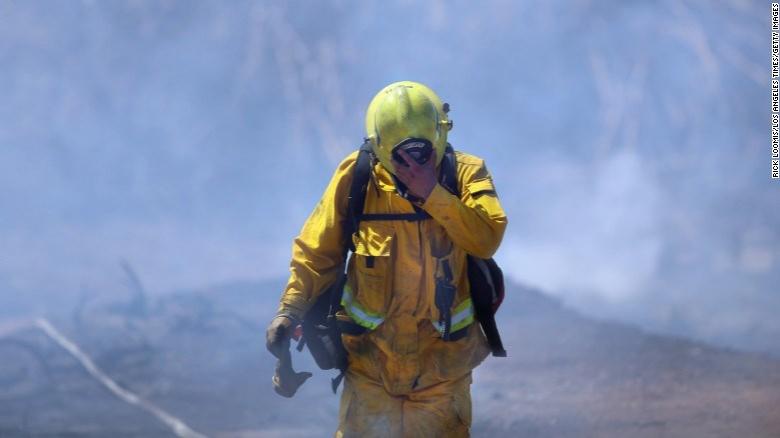 The wildfire scorching a rural Washington state county was unpredictable and fast, an inferno that was hard to dodge. Three firefighters who set out to begin the battle against it on Wednesday fell victim to bad luck and died in the flames.

\"It was a hell storm up here,\" Okanogan County Sheriff Frank Rogers said, standing not far from the flames. \"The fire was racing and the winds were blowing in every direction, and then they would shift,\" he told CNN affiliate KXLY.

The firefighters were on an \"initial attack\" operation, when they had a vehicle accident. Rogers posited that the flames then overtook them.

\"We are devastated by the tragic loss of three of our Forest Service firefighters,\" said national forest spokesman Mike Williams. \"Our hearts and prayers go out to the families and fellow crewmembers of these brave firefighters.\"

The names of the killed firefighters have not been release pending the notification of next of kin, Rogers said.