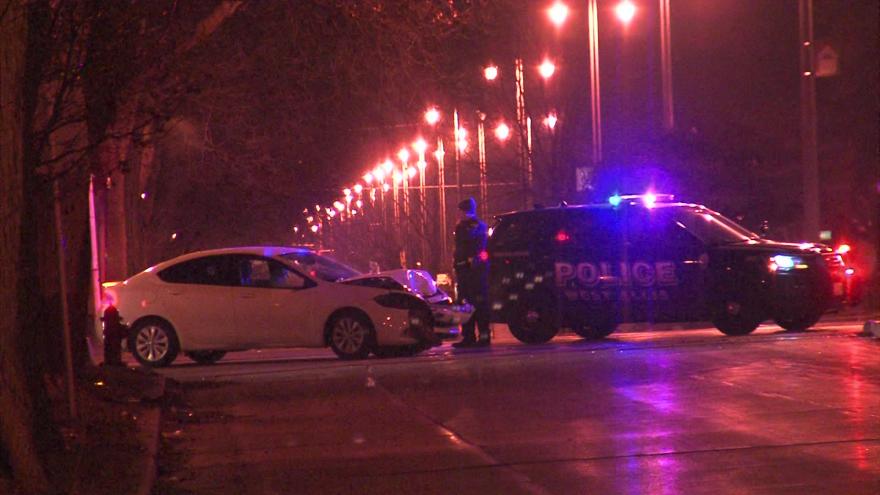 According to the West Allis Police Department, officers saw a car driving without headlights around 12:54 a.m. near 60th and Pierce.

When officers tried to pull the car over near Mitchell and Beloit, the driver took off. Authorities say the car was listed as stolen out of Milwaukee. The car then crashed into a light pole near Burnham and 27th.

The driver, a 16-year-old boy, stayed with the car and was taken into custody. Three other passengers ran from the scene. Two 18-year-olds were eventually caught. The last passenger was not located.