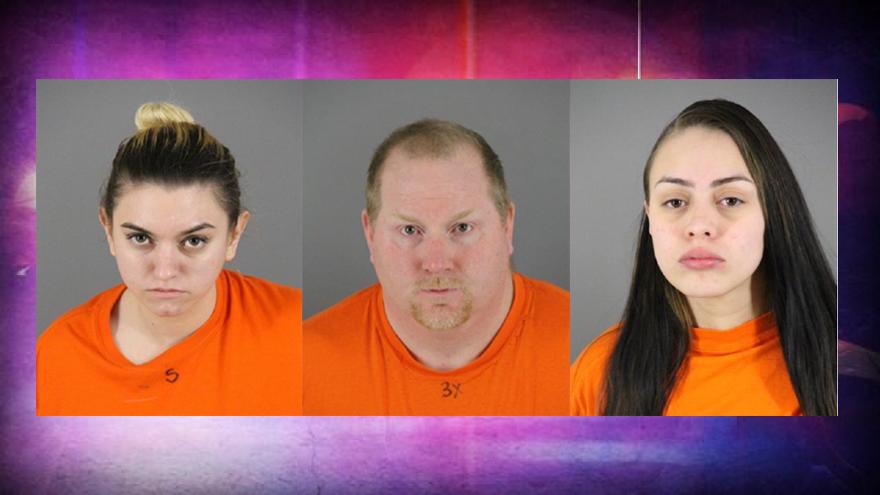 WAUKESHA COUNTY, Wis. (CBS 58) -- Three people have been arrested and are now facing Prostitution charges following a March 4 incident in the Town of Merton.

According to the criminal complaint, officers responded to an address on County Highway JK for a report of a theft. Upon arrival, one of the suspects, Scott Peschmann, told police that three females had been at his home and stole his cell phone and $400 in cash.

According to the criminal complaint, Peschmann said that he met one of the female suspects, later identified as Victoria Pena, on the website Backpage for an "intimate evening." Peschmann allegedly told police that he left four $100 bills on the corner of his desk for Pena, another suspect by the name of Maria Lebron, and an additional woman who has not been charged.

Officers then located a vehicle matching the description of the one the women left the scene in. Officers initiated the traffic stop and located a black iPhone 7 in Lebron's purse which matched the one stolen from Peschmann.

Lebron told police that she and Pena did engage in sexual acts with Peschman and that he gave her $100 to pay her cell phone bill.

All three are now facing charges of Prostitution. Lebron is facing an additional charge of Misdemeanor Theft.