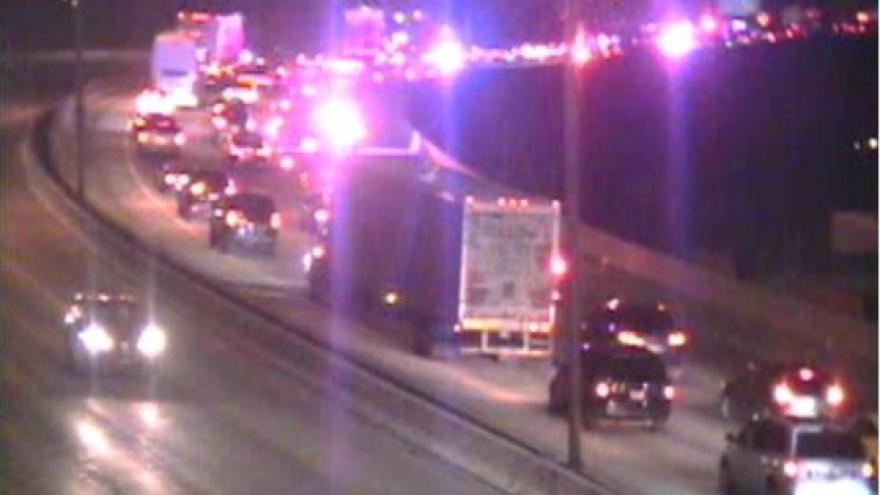 MILWAUKEE (CBS 58) -- According to a release from the Milwaukee County Sheriff's Office the crash occurred around 9:00 p.m. when a pedestrian on I-43 south just north of Holt Avenue was putting gas into his disabled car when it was hit.

The driver of the car that hit the man stopped in the left shoulder and ran across I-43 to help the person. A Good Samaritan stopped to give CPR until first responders arrived.

Two people identified as a 58-year-old woman and 6-year-old child were not injured.

The 27-year-old man from Greenfield identified as Angelo Quin was pronounced dead at the scene.

The 30-year-old driver of the car that hit the man was not injured and gave a voluntary blood draw. According to the Sheriff's Office the driver showed no signs of impairment.

MILWAUKEE (CBS 58) -- The Milwaukee County Medical Examiner has been called to this location indicating the crash was fatal.

All lanes of I-43 south are now closed at Becher Street due to the crash and death investigation.

MILWAUKEE (CBS 58) -- The Milwaukee Fire Department says two people were taken to the hospital after a crash on I-43 near Becher Street.

The Milwaukee County Sheriff's Office says the crash involved two cars. Early reports said one of the people taken to the hospital was a pedestrian who is in "very critical condition."

The right lane on I-43 south is closed as the crash is cleaned up.