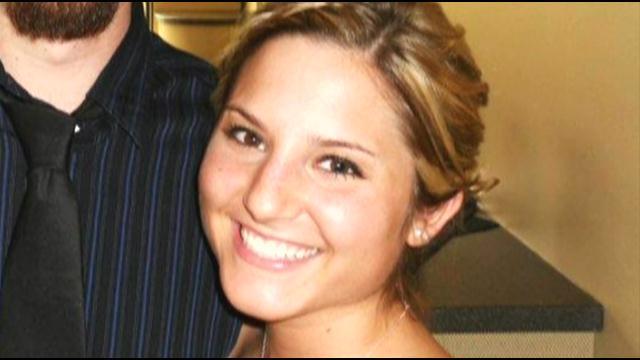 A 26-year old healthcare worker dies after complications from the flu.  Katherine McQuestion's mother did not want to go on camera, but did tell CBS-58's Priscilla Luong her story, hoping to help other families.

Katherine McQuestion was only married three months before the tragedy.  The young radiology technician was passionate about her work at St. Catherine's Hospital, where getting a flu vaccine was an annual requirement.  McQuestion's mother says her daughter got the vaccine just like she was supposed to,  but it didn't keep her from getting sick.

McQuestion's mother says she was sick 4 days with the flu before suffering complications.

\"It's a respiratory virus, and it makes the respiratory system have less defense mechanisms, which can lead to pneumonia or other bacterial infections,\" explained Cynthia Johnson, the Kenosha County Health Officer.

By the time McQuestion was admitted to St. Catherine's Hospital, she developed sepsis, also commonly known as a blood infection or blood poisoning.  Her mother says the complications were so severe--many of McQuestion's organs failed.

McQuestion died within 12-hours of arriving at the hospital.

Health officials say McQuestion's official cause of death, was a heart attack.  McQuestion's mother says her family is still coming to terms with their loss, wondering how a healthy, 26-year old woman could die from such serious complications.

Sepsis can result after complications from the flu, pneumonia, urinary tract infections (UTI), and other infections throughout the body.  CDC says the number of cases in the US skyrocketed from 621,000 in 2000, to more than 1,141,000 in 2008.  CDC says up to 50% of the patients who suffer from sepsis die from the illness.

\"If you look at the large group of people who had no limitations before they had sepsis, 40% of them had trouble walking after sepsis,\" said Dr. Theodore John Iwashyna, an internal medicine specialist at University of Michigan.

Many patients recovering from sepsis suffer long term disabilities.  There are patients who make a full recovery after suffering from severe sepsis, but that can take years.  It's also difficult for doctors to diagnose the illness.  Common symptoms include fever, chills, and difficulty breathing, the same symptoms as other common diseases-- including the flu.

\"We need new treatments, not just for the infections, but to prevent this new disability afterwards,\" said Dr. Iwashyna.

Health officials emphasize what happened with McQuestion is extremely rare, and it shouldn't keep anyone from getting a flu vaccine.

\"It provides immunity, and the best opportunity for people to, survive or not become is ill,\" said Johnson

McQuestion's mother says her daughter did not have any pre-existing conditions that would trigger complications.  Doctors say sepsis is more common among the elderly and those with compromised immune systems.