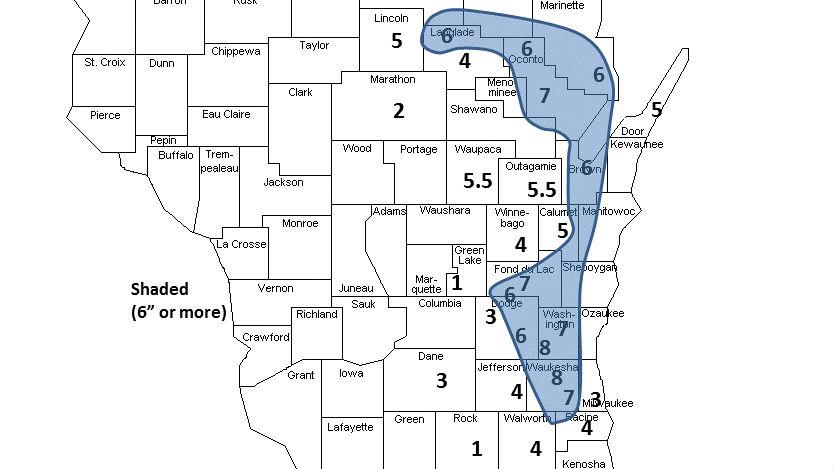 25 years ago today Milwaukee and the surrounding area was cleaning up and shoveling out after a major snow storm. On May 9, 1990 a storm quickly strengthened as it neared Milwaukee and 8\" fell in portions of Waukesha and Washington Counties. Milwaukee itself received 3\" of snow.

The storm in May came after a warm April so many trees had already leafed out and the storm combined with gusty winds brought down thousands of trees across the area. Over $4 million in damage was reported with most of it coming from Washington, Waukesha and Milwaukee Counties. Mail delivery was even canceled as a result of the snow.

The National Weather Service has a more detailed write up of the even which can be found HERE.