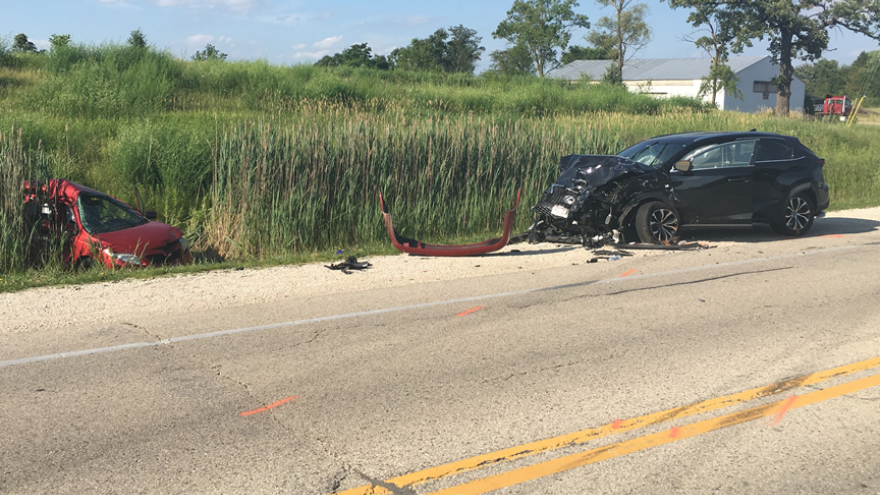 A 24-year-old man is dead following a two-vehicle crash in Racine County.

The crash happened shortly before 4 p.m. near Washington Ave. and Britton Road in Kansasville.

A witness called 911 and stated that one of the vehicles was in the ditch line and both the vehicle's operators were injured.

Initial Sheriff squads on scene found the 24-year-old male driver of the vehicle in the ditch line, a 2009 Toyota Corolla, had sustained fatal injuries in the crash.

The driver of the second vehicle, a 2015 Lexus SUV, had sustained a leg and other non-life threatening injuries and was transported from the scene by rescue.

Initial investigation shows that the driver of the Toyota was eastbound, had gone onto the south gravel shoulder of the road and lost control of the car and ended up crossing the center line and entered the path of the westbound SUV causing the collision.

The Wisconsin State Patrol Accident Reconstruction team also responded to the scene and assisted with the accident investigation.

No other information will be released at this time, as the accident is still under investigation.