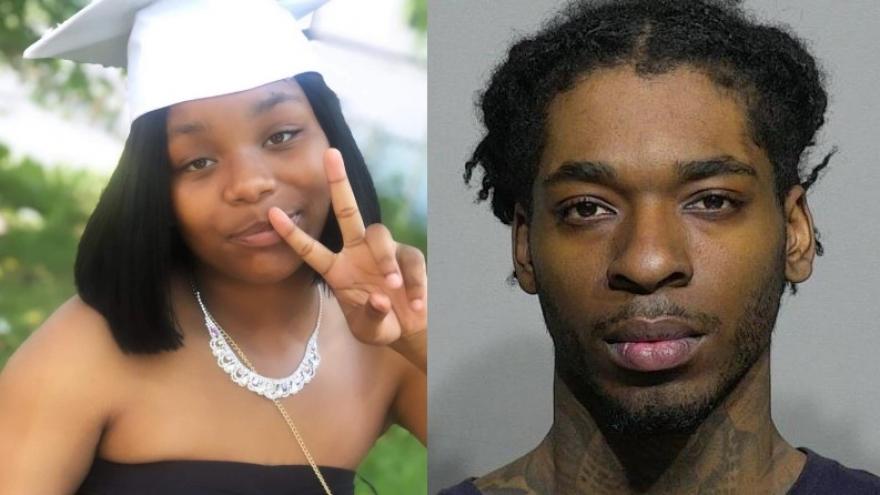 MILWAUKEE (CBS 58) -- A 23-year-old man has been charged in connection to the shooting death of a 15-year-old Milwaukee girl.

Officials have charged Marcellus Duckworth with first degree reckless homicide, use of a dangerous weapon.

The shooting happened on Feb. 13. The 15-year-old victim was identified as Gabrielle Landry.

According to a criminal complaint, detectives interviewed a 22-year-old woman who stated she was in a relationship with Duckworth, and had been with him at his house near 65th and Thurston on Feb. 13. The woman told officials she made an Instagram post around 12:15 p.m. to sell some shoes and within a few minutes, received a message from a woman identified by authorities as "TD," who told her she had sex with Duckworth.

Shortly after, Duckworth allegedly received a phone call from TD, who stated she was coming over to Duckworth's home to fight. Duckworth reportedly told her, "Why are you coming? I'm not talking to you anymore."

The complaint says Duckworth then armed himself with a firearm and went outside.

Investigators say TD arrived at the residence in a vehicle, along with two other girls in the car -- a 17-year-old and 15-year-old Landry.

The criminal complaint says TD exited her car and was standing by Duckworth. Meantime, investigators say, the two other girls got out of the car and wanted to know if a black sedan parked in front of the residence belonged to the 22-year-old woman, who was standing in the doorway of the home.

TD reportedly opened the trunk of her car and removed a shovel and canned goods. The complaint says the incident involved cans being thrown at the black car.

Duckworth allegedly moved to the porch and told the group throwing cans the car did not belong to TD who was standing in the doorway. That's when, officials say, TD and two girls came to the door, trying to fight the 22-year-old woman who was still inside. The complaint says TD pulled out pepper spray and attempted to spray the 22-year-old.

Duckworth went inside and shut the door, the complaint says.

Investigators say TD and two girls retreated back to their car and the TD returned to the door -- likely with a cellphone or flashlight -- and smashed the glass of the door.

According to the complaint, TD ran back to her car and started driving north on 65th Street. Meantime, officials say, one of the girls -- identified later as 15-year-old Landry -- was running next to the car on the west side of the street, and Duckworth chased her on foot.

The 22-year-old woman allegedly went outside to catch up and saw the car at the end of the block. Duckworth was yelling, "Why did you leave your cousin?" The car came back and Landry got back in the back seat.

According to the complaint, the 22-year-old woman and Duckworth walked off, but as they were crossing the street she noticed the car traveling toward them, "as if trying to hit them." She told investigators Duckworth grabbed a firearm out of his pants and as the car passed them, he shot at the rear tire of the car. After the shot, the vehicle drove away.

The complaint says Duckworth received a phone call from TD and she told him he had shot her cousin.

Authorities took Duckworth into custody and during an interview he described a "similar set of circumstances." He explained to investigators how the girls threw cans of soup at the vehicle parked outside his home, thinking it belonged to the 22-year-old woman he was reportedly in a relationship with.

Duckworth told officials when the vehicle returned to pick up the girl they left behind and drove by his residence, "he shot the gun."

Duckworth said he was standing in the middle of the street and shot one time toward the ground. He told officials it was his first time firing the gun.

When informed the 15-year-old inside the vehicle was shot and killed, Duckworth allegedly stated he did not mean to do that and there "were no excuses." Duckworth claimed he was aiming the gun at the tire of the vehicle.