SHEBOYGAN COUNTY, Wis. (CBS 58) -- A 21-year-old man was seriously injured in the rollover accident in the Town of Lima.

Rescue crews responded to the intersection of State Highway 32 and County Road N in the Town of Lima shortly before 6 p.m. on Tuesday.

The 21-year-old male driver was the sole occupant of a 2002 Buick Regal. He was traveling north on State Highway 32 when he lost control in a curve, went into the west ditch, and rolled his car onto its roof. 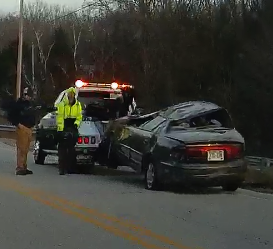 The man was initially trapped and ultimately taken by Flight for Life to a local hospital for treatment of serious injuries.