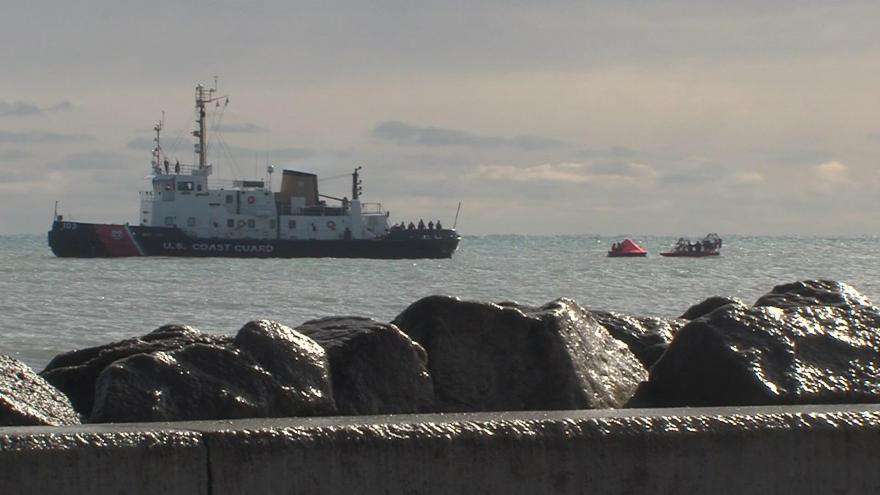 MILWAUKEE - Visitors along Milwaukee's lakefront saw a lot of commotion on the water earlier today.

Nearly two dozen agencies assisting the Coast Guard in responding to a simulated plane crash, a carefully planned drill to test their response time and teamwork.

There were 21 agencies that took part in today's simulation. It's what the Coast Guard calls a mass rescue operation - practice for a situation that exceeds the guard's capacity to respond on its own. They simulated a helicopter rescuing people after a plane crash.

The rescue operation happened several miles off the coast. There are three stages to the rescue - including the helicopter hoist and getting people into a raft.

The big goal of this exercise is to work on communication between all the responding agencies.

"Well, I think that anytime something bad could happen, we need to be our absolute best. In something like this, there are a lot of moving parts and when it's cold like this, there's a  lot of time sensitive responses so we need to get out there and communicate with our partners effectively," said Paul Grotelueschen of the Coast Guard.

The public information officer with the Coast Guard told us this operation took about a year to plan.