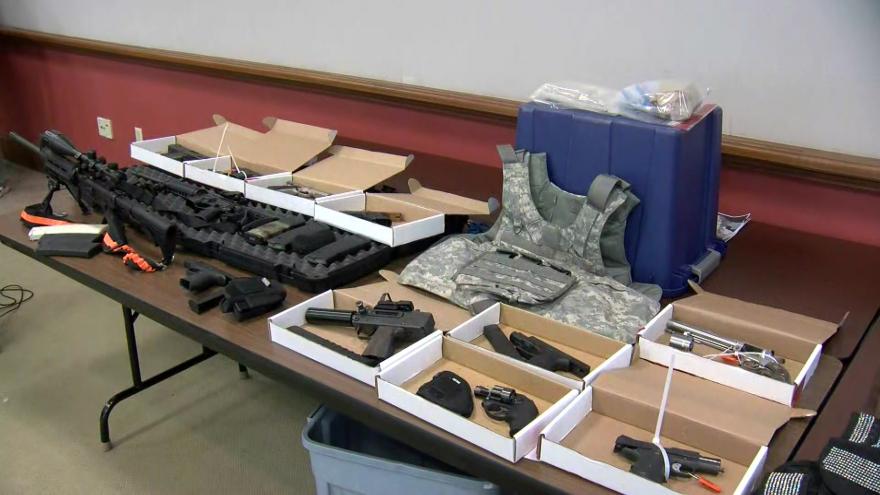 MILWAUKEE (CBS 58) – Twenty-one people are facing charges as part of a federal drug investigation who authorities say were part of a nationwide conspiracy to distribute drugs in Wisconsin.

Investigators say they recovered methamphetamine, three pounds of heroin, four pounds of cocaine, and 50 pounds of marijuana along with 13 guns including an assault rifle in Milwaukee. Half a million dollars and six cars were also seized by police in the operation that involved suppliers from California, Illinois, and Mexico.

According to officials, the federal investigation also uncovered a money laundering operation and involved more than 200 members of law enforcement. Police say members of three separate Milwaukee-based organizations have been indicted, with nineteen being arrested and 13 search warrants filed.

Authorities say they will continue to fight the groups.

“Until today, these criminal organizations profited by exploiting the vulnerable among us by selling toxic substances with now concern for the well-being of others. Disrupting and dismantling these organizations is a win for the public,” says DEA Special Agent in Charge Robert Bell.

Of the nineteen people arrested, authorities say 18 were arrested in Milwaukee and one in California.