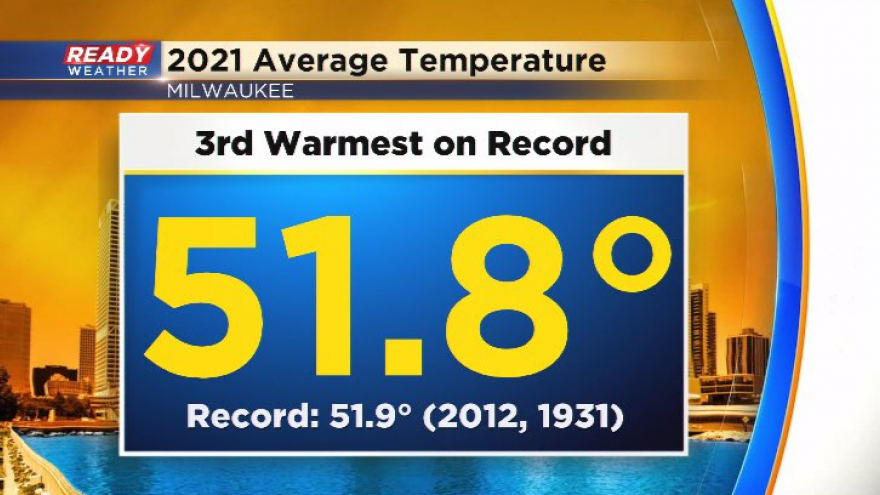 2022 has started with some active weather with plenty of temperature swings, wind and light snow chances. Our weather has briefly calmed down and the stats are in so it's time to look at how 2021 went down in the record books.

The warm temperature took the headlines with our rankings coming down to the last few days of December. In the end Milwaukee ended as the third warmest year on record for the average temperature. It ended just a tenth of a degree behind the record warmest years of 2012 and 1931. 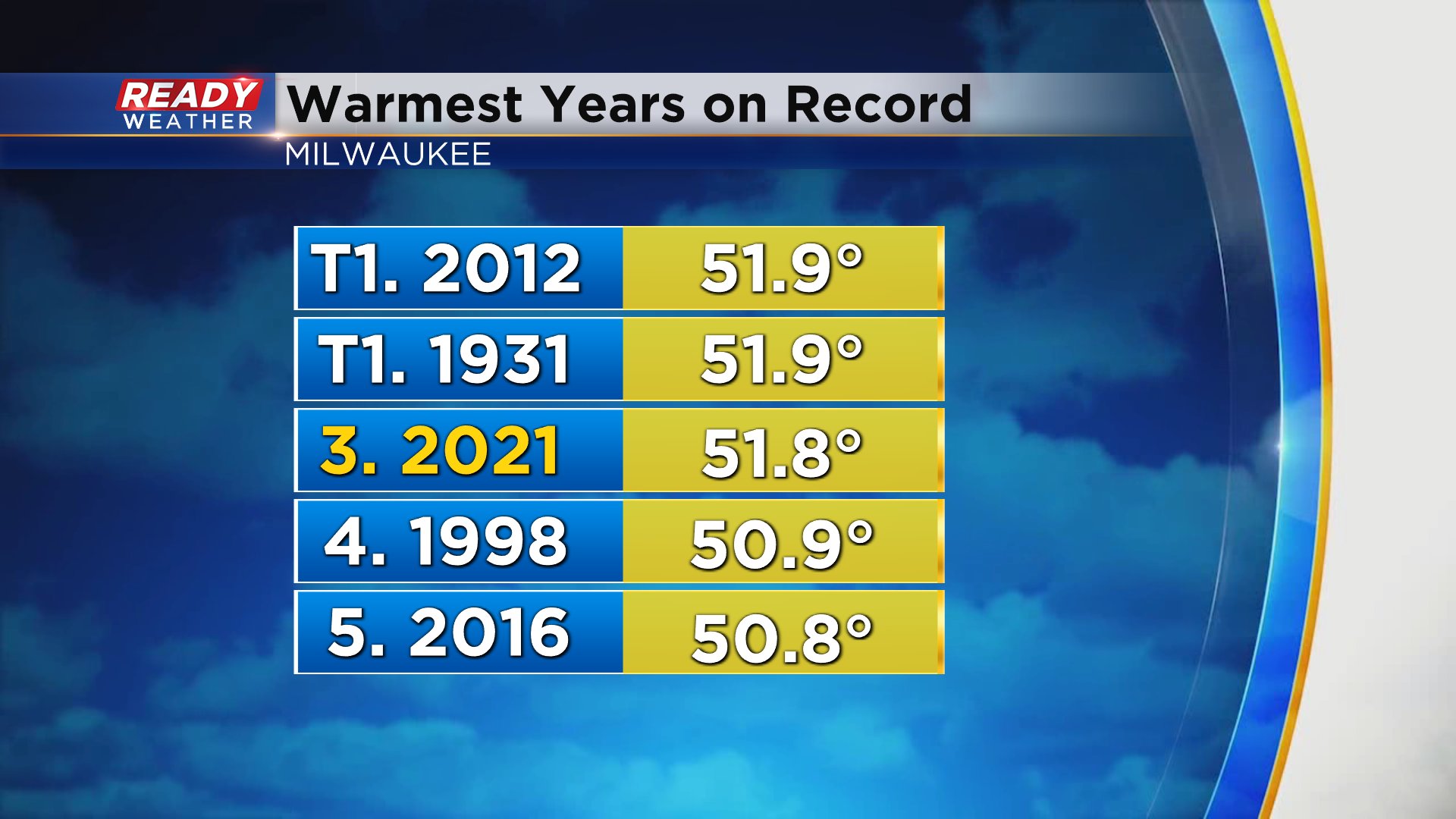 Only two months during all of 2021 had below-average temps. February was one of the coldest on record and saw our coldest temps of the year. November was also below-average, but just barely. The other ten months of the year were above-average including the warmest October record and the second warmest June on record. 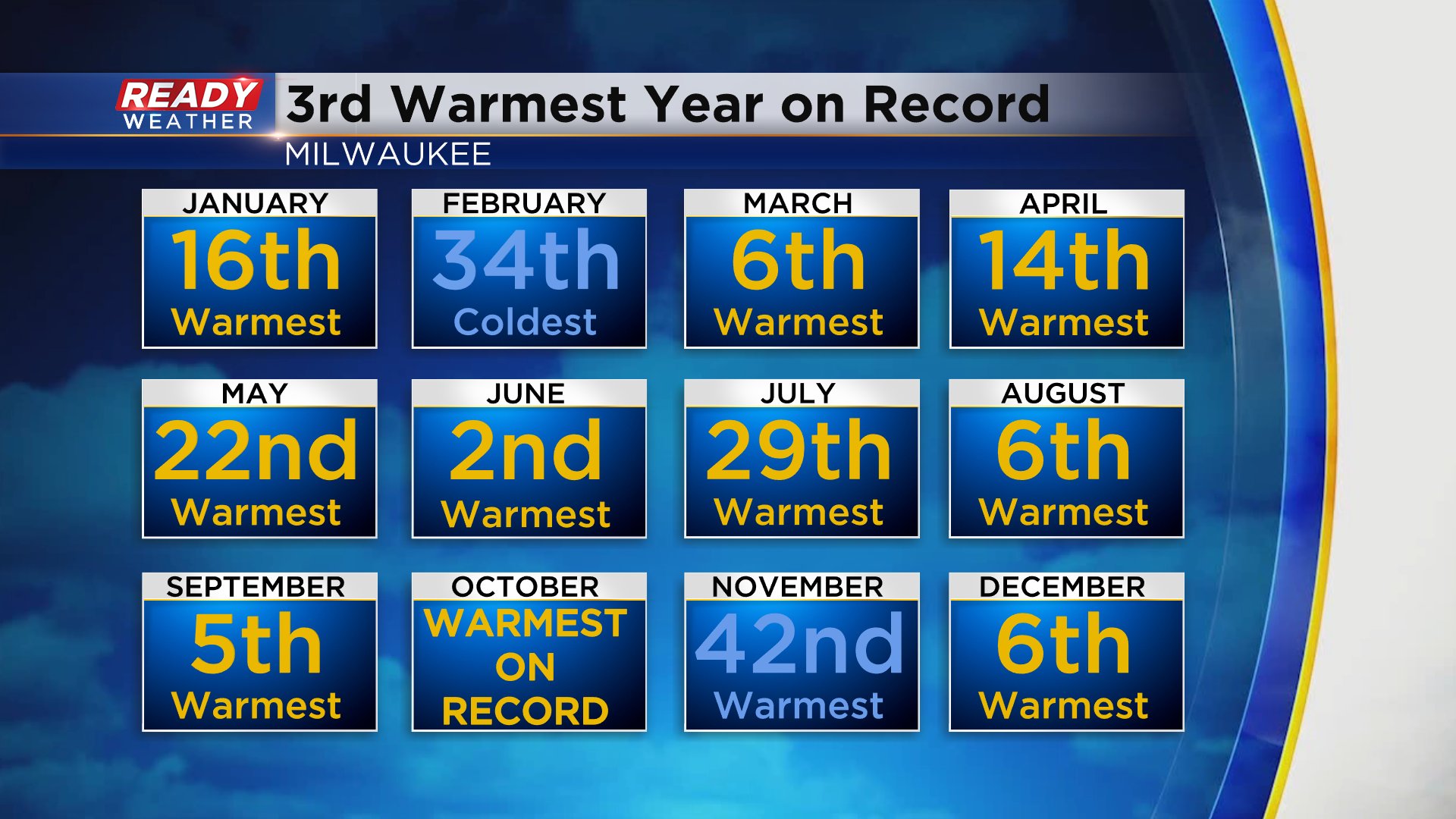 The hottest temperature of the year was 95* which we hit four times in July and August. Milwaukee broke six record highs and eight record warmest lows. The coldest temperature was -7* on February 7. We didn't break any record low temperatures and only one record coldest high temperature.

What 2021 gained in warm temperatures, it lacked in precipitation. Most of 2021 was spent in a drought with parts of southeast Wisconsin seeing extreme drought conditions at times. The total yearly precipitation including rainfall the liquid equivalent of snow was 24.13" which was ten inches below-average and well below the wet year we had in 2020. 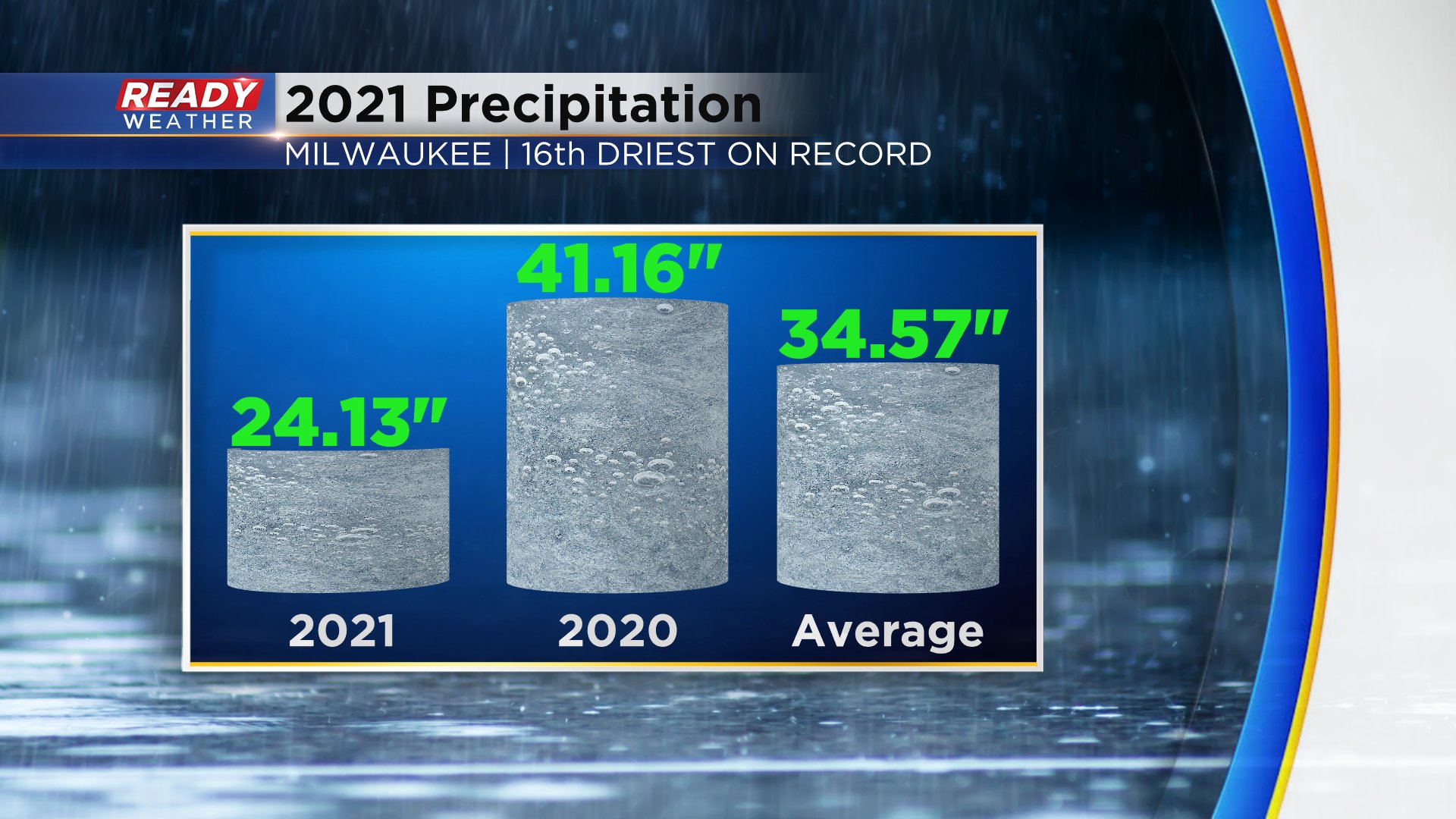 Typically we look at snow totals on a "winter" year basis from September to May, but if we did look at it from January to December, 2021 had 44.8" of snow which is a few inches below-average.

We also had a decent amount of severe weather across the state. All of Wisconsin recorded 39 tornadoes during the average which is above-average. The worst tornado was an EF-3 in Boscobel in in August. Locally we had a tornado outbreak in July of seven tornadoes in Jefferson and Waukesha Counties. 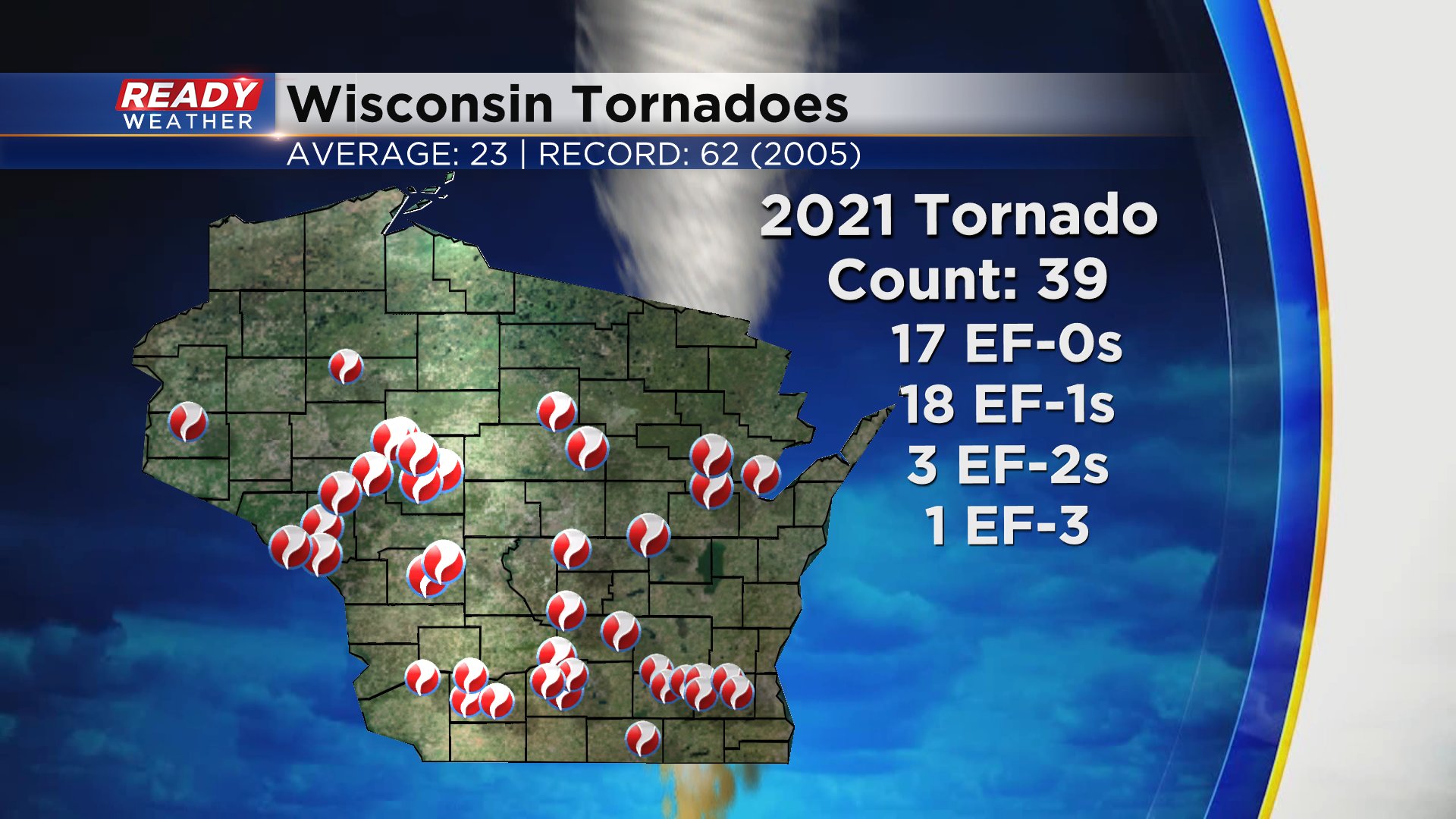 Download the CBS 58 Ready Weather app to track the weather for this new year.