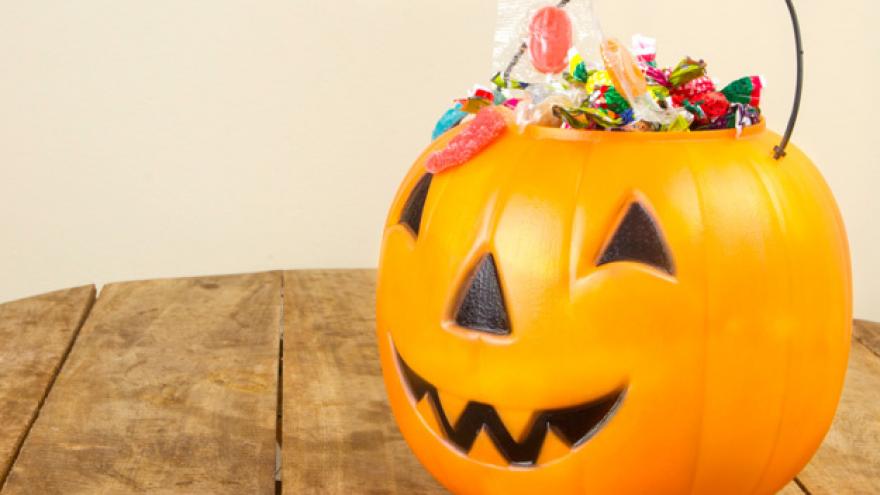 MILWAUKEE (CBS 58) -- Have a favorite and foe Halloween candy? A new list created by CandyStore.com ranked the best and worst Halloween candy in 2019.

According to CandyStore.com, the list was compiled by taking results from reputable websites and combining them with their own customer survey data.

The results are below:

10. Bit-O-Honey
Honey is great. Chewy candies can be great. But there’s just something unappealing about this chewy mess. Bit-O-Honey was ranked #11 last year and moved into the number ten spot this year, replacing Mary Janes. Perhaps this confirms that some flavors just don’t mix well with chewy candies. Mary Janes are still in limbo, by they way. Maybe their absence is part of the reason for dropping to #11 this year? Bad memories aren’t as recent?

9. Good & Plenty
Since Good & Plenty are pretty much licorice, we see the reason why people don’t like them. I never minded getting a box here and a box there on a Halloween excursion. But they were never my favorites — which meant I ate them first, which is kid logic for ya.

8. Licorice
Note that this does not include Twizzlers, and if you read the lists you’ll see they allude to, if not outright say, black licorice. Around the office the reaction was pretty much the same. Australian licorice, if you can get your hands on it, is great. The style we see at Halloween? Not so much.

7. Smarties
Your kids will get plenty of these on Halloween. It’s inevitable. At first they’re not so bad. But the human tongue can take only so many vaguely sweet, chalky hard candy.

6. Tootsie Rolls
Your kids will also get a lot of these. They’re the easy way out for people who don’t want to spend money handing out candy to kids. You can throw a handful into each kid’s bag and it won’t set you back much. But kids tend not to like them. Note that this is a combination of regular Tootsie Rolls and flavored Tootsie Rolls (which are flat out disgusting). We combined a few items on the lists to make them a bit easier.

5. Necco Wafers
They’re like Smarties, but bigger, not as sweet, and more chalky. So yeah. These took the top spot on one list, and I’m surprised they weren’t on every list. When I started this project, I was sure that they’d be the hands down worst candy. But then again, they have been off the market for a while since the Great Necco Wafer Panic. So maybe people aren’t as likely to kick a candy when it’s down.

4. Wax Coke Bottles
The novelty of these is great. The first time you get one. When you’re five years old. Then the realization sets in: you’re biting through wax to get not even a mouthful of sugar water. By age eight you toss them in the trash without even bothering.

3. Peanut Butter Kisses
Jumping all the way to #3 from the #5 spot, these are neither Reese’s Peanut Butter Cups, nor Hershey’s Kisses. I’ve seen them referred to as Mary Janes, which makes enough sense. You know these because they have a plain orange or black wrapper. My advice is to leave them in that wrapper and move onto the next candy.

2. Circus Peanuts, last year’s #1
I’d completely forgotten about these! Or, more accurately, I’d blocked them out. There is no way to describe the vileness that is Circus Peanuts. How could there possibly be a worse Halloween Candy?

I have to believe that they weren’t rated as the #1 worst on everyone’s list because they, too, blocked these inedible monstrosities from their memories.

1. Candy Corn, the New Worst Halloween Candy in 2019
Candy corn slid up into the #1 spot this year. Knocking circus peanuts off the throne. Which is really saying something. Man. Hang in there, candy corn.

I’m actually shocked. Look, if you don’t like candy corn, you can just give it to me. Yes, it’s just sugar. Isn’t that the point? Candy corn is nothing special. There are absolutely better candies out there. But if you can’t enjoy stuffing handfuls of candy corn into your pie hole, well, I don’t even know what to tell you. But clearly, I’m well in the minority.

10. Hershey Bar
We’re again combining candies here, because there just isn’t that much difference between the original Hershey Bar and the Cookies ‘n’ Cream version. Or maybe there is for your palate. In any case, Hershey bars barely missed the worst list, yet got a few mentions on the best, including two mentions in the 24/7 Wall Street list. Which, since it was based on sales, is pretty good reason to include Hershey Bar on the best list, in our eyes.

9. Skittles
If you’re not eating the entire fun size bag in one mouthful, you’re doing it wrong. None of us here ever minded getting Skittles in our Halloween bags. They’re tasty enough. But they’re nothing special, and if you eat too many your mouth starts to feel all lumpy.

8. Sour Patch Kids
We’re shocked these didn’t rank higher, given their chewiness and sweetness. But after high marks on both the BuzzFeed and Business Insider lists, Sour Patch Kids made zero additional appearances. It’s probably because they’re not that common treats. I don’t know about you, but I haven’t seen many of the mini bags in grocery stores.

7. Butterfinger
The classic Butterfinger appeared on a number of lists, usually in the second half of the top 10. We’re not going to argue. It’s a personal favorite of mine, but it’s easy to see why it would turn off some candy fans. Still, you’re not going to complain when one gets dropped in your bag, are you?

6. Nerds
I was kinda surprised to see this on the list. The Nerds boxes you get on Halloween are typically tiny. As with Skittles, they’re pointless unless you down the whole thing in one mouthful. But maybe there’s something to that.

5. M&Ms
One list had pretzel M&Ms, which is oddly specific. They weren’t around when I trick-or-treated (it was plain and peanut back then), so I don’t even know that people hand out the fun sized bags of them. In any case, M&Ms are great. You know our opinions about them.

4. Kit Kat
On the surface the Kit Kat is pretty plain. It’s just chocolate and wafer. Yet it works so so well. And it works very well on Halloween, since you’re getting essential half of a full-sized bar. That’s way more than you can say for most of the fun sized versions of our favorite Halloween candies.

3. Twix
If I’m getting a full-sized candy bar on Halloween, make it a Twix, please. There’s just something about them that makes them irresistible. On Halloween you can count on three versions: the aforementioned full-sized version, the one-stick half-sized version, and the fun sized version. We hope you and your kids don’t get the fun-sized version, given the alternatives.

2. Snickers
There is no surprise here. I always preferred Milky Way, but people prefer more heartiness in a candy bar, apparently. Again, it would be so easy for people to go out of their ways and get full-sized versions. They’re not that big. But the fun-sized version is so small, so sad.

1. Reese’s Peanut Butter Cups
This was the blowout of the century. Of the seven lists we ranked, Reese’s Peanut Butter Cups ranked #1 on six of them, and ranked #3 on the other. And that list had six candies that didn’t appear on any of the other six lists, so yeah, this was just a candy massacre. Do we have to extol the virtues of the Peanut Butter Cup? My siblings and I used to separate them out and hide them, lest they get stolen. Many a tear was shed when someone picked a poor hiding spot.