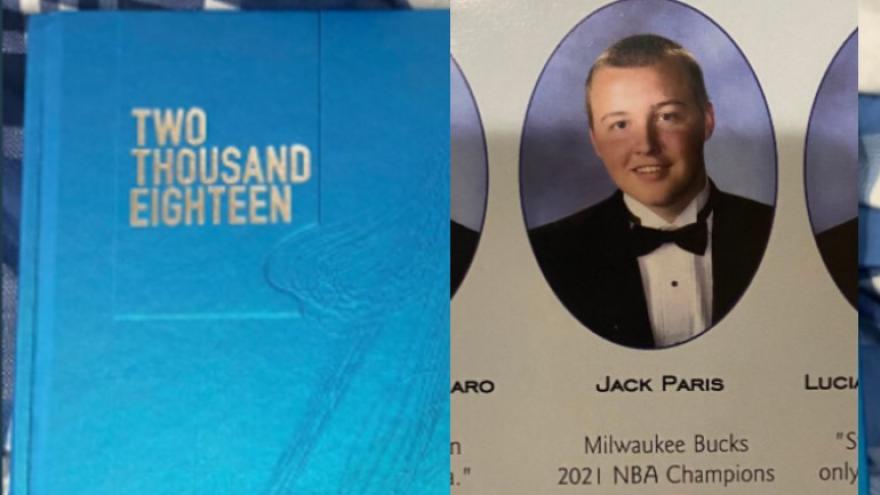 MILWAUKEE (CBS 58) -- Bucks fans everywhere never lost faith in the team and apparently some knew this historic time was coming. That includes one fan who predicted the Bucks would win the NBA Championship back in 2018.

Jack Paris, who lives in New York, tweeted out a picture from his 2018 yearbook. Underneath his class picture is a quote from him that says, "Milwaukee Bucks 2021 NBA Champions."

After the Bucks win, all Jack had to say was "he called it."

Called it Back in 2018 @Bucks pic.twitter.com/Mev6uBJ5zh