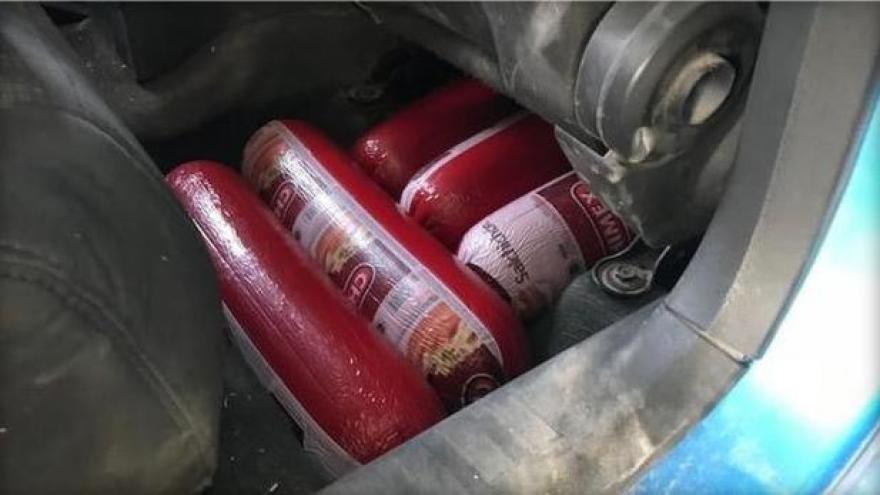 A woman was driving into the U.S. through the Paso Del Norte crossing when she told U.S. Customs and Border Protection (CBP) agents that she wasn't carrying fruits, vegetables, meat or other contraband, officials said.

She then told the agents that she was carrying sausage and officials said they found 227 pounds of Mexican bologna stashed under floor mats in the vehicle.

Bologna is considered contraband because of its potential to introduce foreign diseases into the U.S. pork industry, according to the CBP.

In May, officials said they seized 30 rolls of Mexican bologna at the port of entry in Santa Teresa, New Mexico.

CBP Santa Teresa Acting Port Director Jesse Proctor said at the time that travelers can avoid fines by "declaring all agricultural items they are importing from Mexico."