2-Year-Old who Fatally Shot Brother had Been Allowed to Handle Gun Before, Police Say 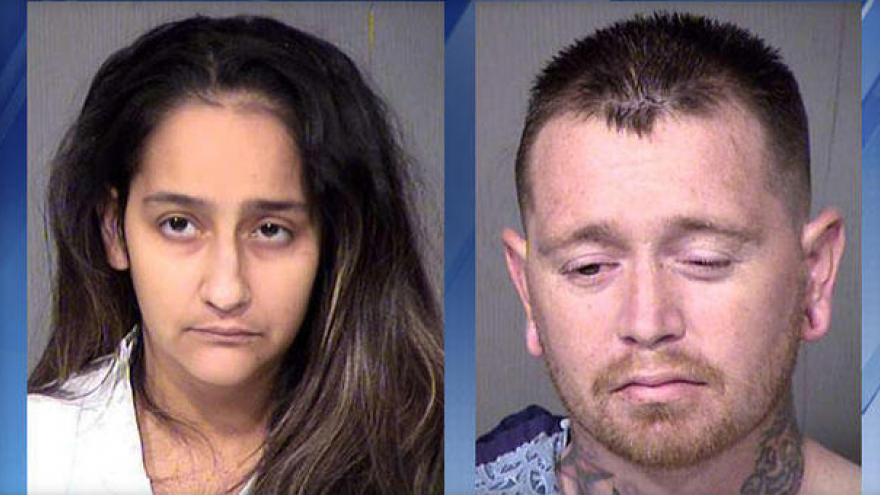 PHOENIX -- (CBS NEWS) A woman arrested after her 2-year-old son picked up her loaded handgun and shot his 9-year-old brother said she previously allowed the younger boy to practice pulling the trigger of the weapon when it was unloaded, Phoenix police said Tuesday.

Wendy Lavarnia, 28, “described allowing the 2-year-old to practice pulling the trigger of this gun when empty on previous occasions,” according to court records.

Lavarnia didn’t have an attorney and spoke little when she appeared briefly before a judge Tuesday after being arrested and jailed on suspicion of four counts of child abuse -- one count for each of her four children in the home.

Lavarnia asked the judge whether she could go to the hospital to check on her son’s condition, but the judge said she couldn’t get out of jail without posting a $25,000 bond. The judge also said she had to stay away from victims in the case as well as any children.

Lewis said Lavarnia told police she placed her loaded gun on a bed within reach of her 2-year-old and 4-year-old sons while she turned to get a holster and that the 2-year-old shot her 9-year-old son.

The probable cause statement said the 9-year-old “was playing video games a few feet away.”

The father, 31-year-old Kansas Lavarnia, arrived home as police investigated the shooting Monday afternoon and was arrested on suspicion of misconduct with a weapon for being a prohibited possessor with a gun in the family home, Lewis said.

He was barred from possessing guns because he had previously been convicted of theft and possessing burglary tools and completed a three-year prison sentence in 2012.

Authorities say he knew there was a gun in his home.

The only comments made by Kansas Lavarnia during his first court hearing were when he stated his full name and date of birth in response to a question.

He was ordered released on his own recognizance because he isn’t accused of directly causing harm in the shooting of the 2-year-old, said Maricopa County Court Commissioner Paula Williams.

He hasn’t been assigned a lawyer, and there’s no phone listing under his name.

A review conducted by The Associated Press and the USA TODAY Network found that minors died from accidental shootings at their own hands, or at the hands of other children or adults, at a pace of one every other day during the first six months of 2016.

“It’s gun safety,” Jason Burns, a neighbor of the Lavarnias, told CBS affiliate KPHO-KTVK-TV. “You need to keep it locked up and you need to educate your kids that this is not a toy.”

It’s not clear if the other three Lavarnia children are staying with family or if they are in the care of the Arizona Department of Child Safety.