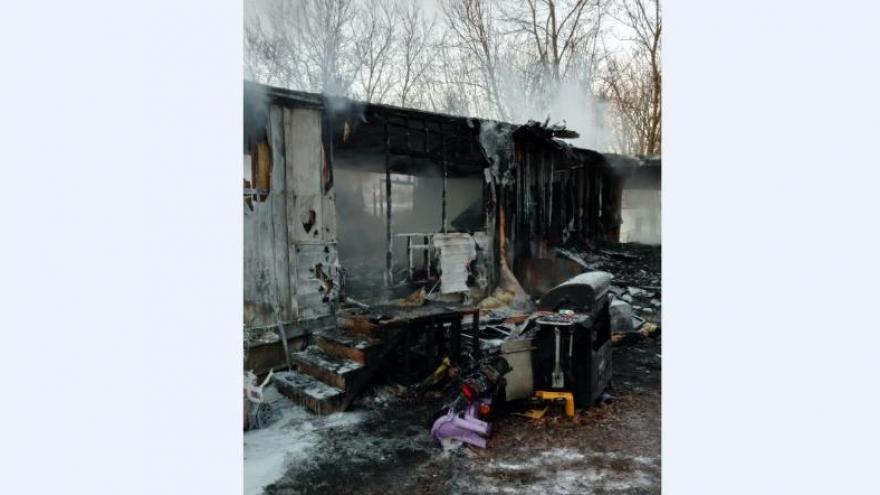 Police identified the deceased as Douglas Shawley, 30 and Genevieve Shawley, 2, both of Buffalo City.

It happened around 5 a.m. on Circle Drive along County OO in Buffalo City.

According to the Buffalo County Sheriff's Department, a deputy arrived on the scene within four minutes of the call and reported the back half of the trailer home was engulfed in flames.

A deputy reported a small explosion happened that believed could have been a propane tank. Deputies evacuated all surrounding homes until the Fire Department arrived.

Fire crews realized two family members were missing and later found they had succumbed to the smoke and fire.

The cause of the fire is under investigation and deputies said the bodies were taken to Madison for an autopsy.