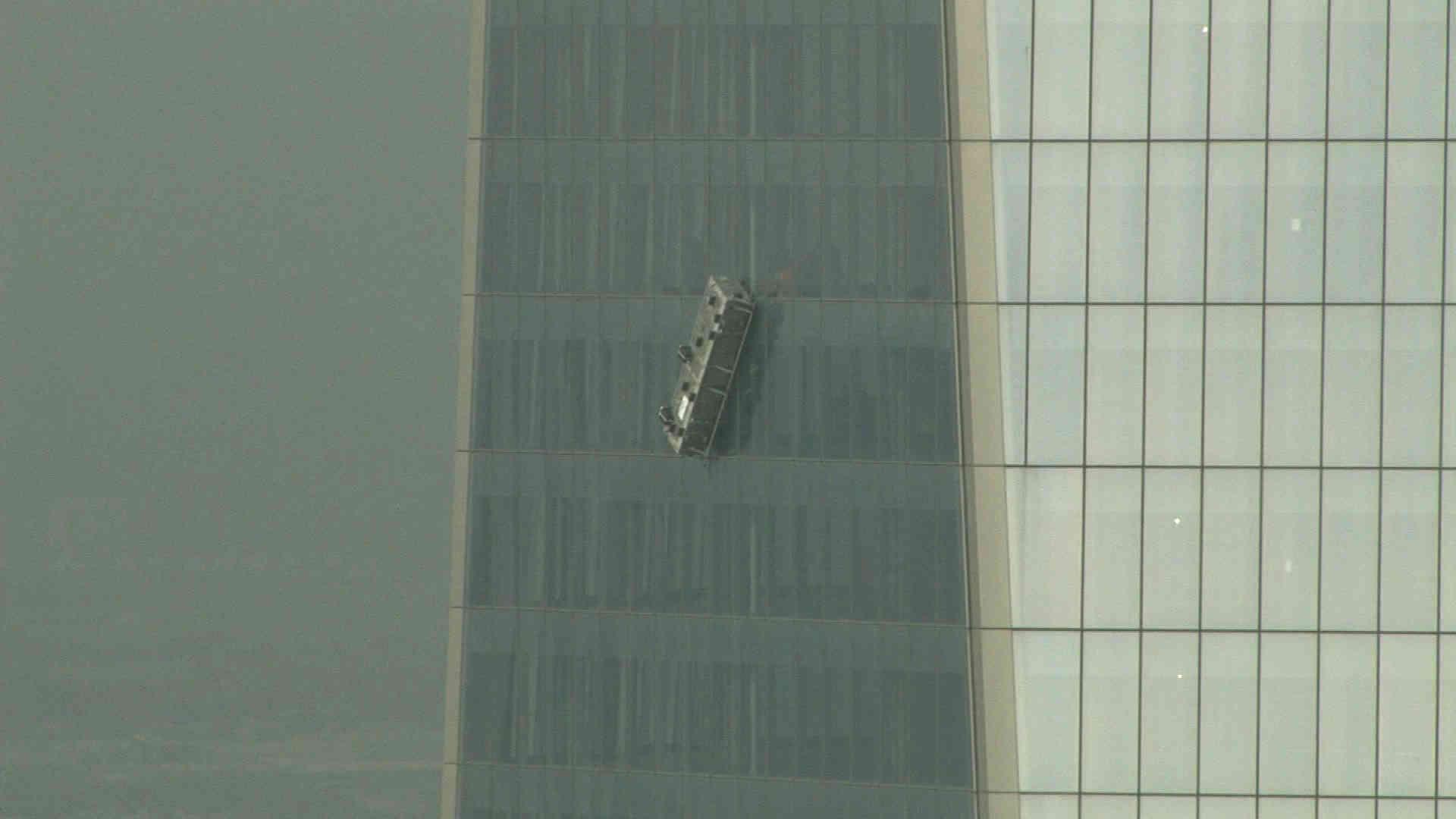 Rescue workers tore through thick double-paned glass on the building to pull the workers to safety about 2:15 p.m., authorities said.

The workers had been tethered and uninjured inside the apparatus, the city's fire department said earlier.

\"I see two heads dangling over the scaffolding and one of the guys -- they just keep looking down,\" Reginald Moye, who watched the incident unfold from the 24th floor of a nearby hotel, told CNN. \"They look like they're maybe five feet in the middle of the scaffold, hanging.\"

Television images showed the scaffolding dangling precipitously at a sharp angle. Images on Twitter from the fire department showed the scaffold as seen from inside the tower, with New York Harbor and the Statue of Liberty in the distance.

The men worked for a company called Upgrade, according to Erica Dumas, a spokeswoman for the Port Authority of New York and New Jersey.

Authorities said a cable on one side of the scaffold snapped, leaving it hanging by only one cable.

\"They were going up, washing the windows, and I was amazed at the view,\" Moye said. \"Wow. Such a dangerous job. So, suddenly, I didn't see it collapse, but once I looked over and said, something is wrong, it was dangling.\"

Reginald Moye, who watched the incident unfold from the 24th floor of a nearby hotel, told CNN.