Truck crashes into house while fleeing police on Milwaukee's north side, 2 arrested 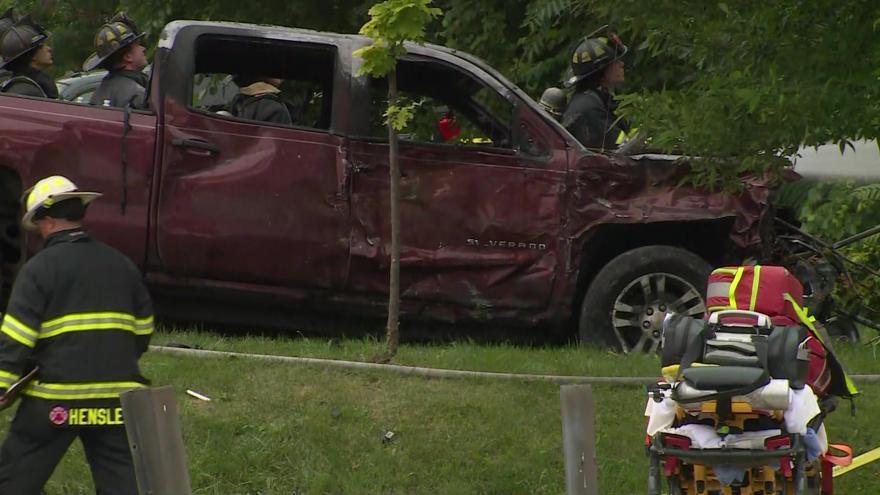 MILWAUKEE (CBS 58) -- Police say the vehicle that crashed into a home on Milwaukee's north side Thursday was stolen.

Officers observed an occupant of the vehicle dealing drugs and a pursuit began, ending when the truck crashed into a home near 40th and North.

The occupants of the house were not injured.

MILWAUKEE (CBS 58) -- Police are investigating after a truck crashed into a house near 40th and North on Milwaukee's north side Thursday night, July 8.

Officials say the vehicle was fleeing officers and crashed into the house after striking a parked vehicle around 5:51 p.m.

The Milwaukee Fire Department says one of the vehicles hit a gas meter in the crash, causing a fire.

We Energies was called to the scene.

Police say there were occupants inside the house at the time of the crash, but none were injured.

Milwaukee police say have not said why the vehicle fled police.