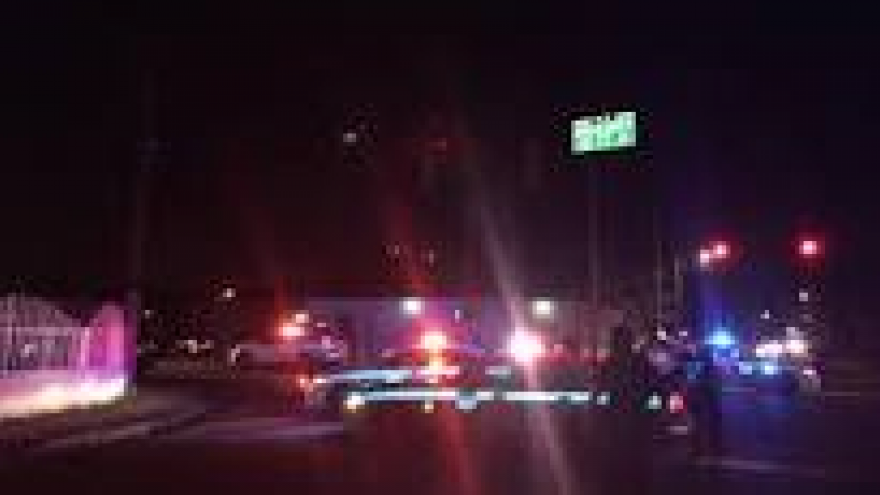 MIAMI -- The Miami-Dade Police Department said late Monday that two of its officers were shot and wounded in an “ambush-style attack.”

The shooting happened around 10 p.m. at an apartment complex, according to a witness who spoke to CBS Miami. The officers were potentially undercover and in plain clothes, reports CBS Miami.

Miami-Dade Police Director Juan Perez said at a news conference that the shooting occurred an apartment complex around 10 p.m.

“Today we had a very scary incident. Obviously, we have two of our officers that work in the homicide task force, part of the gang unit, conducting an investigation near the Annie Coleman apartments,” he said. “The end result of their operation was that they were apparently shot in an ambush-style attack.”

The officers were rushed to Jackson Memorial Hospital in the back of a black pickup truck.CBS Miami confirmed the two officers were in stable condition.

Police from multiple agencies set up a very large perimeter and SWAT was headed to the scene while fire rescue from Miami-Dade county and the city of Miami were assisting.

CBS Miami reports there were several helicopters in the air assisting in the search.

The witness said she was on the phone with her boyfriend, who lives in the neighborhood, when she heard over two dozen shots.

Authorities have not said how many people they are looking for at this time.