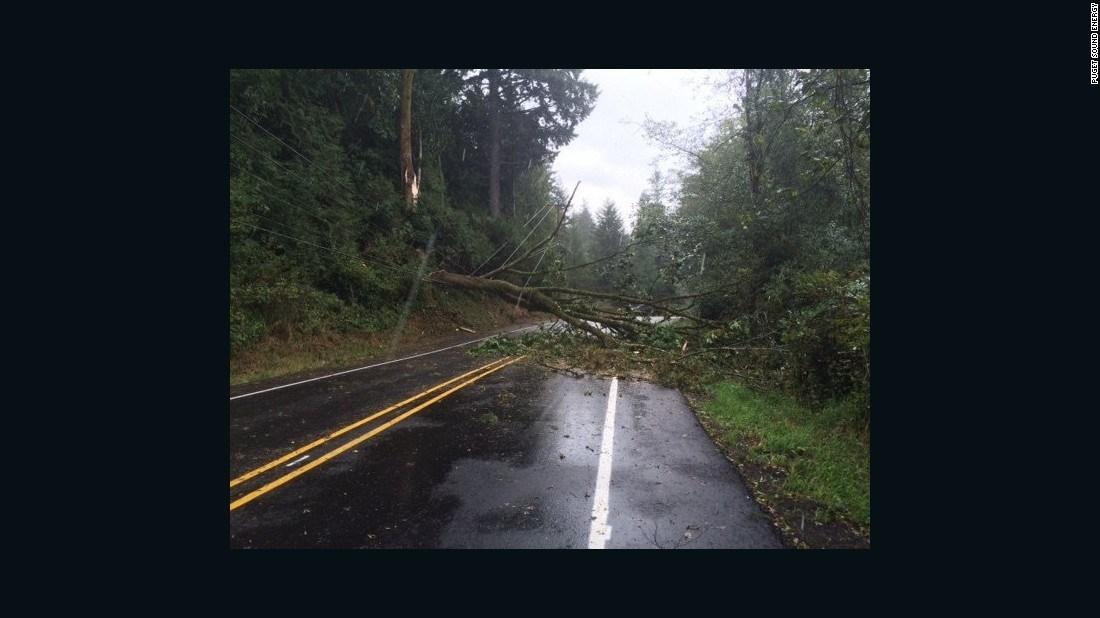 Some parts of the state experienced hurricane force winds Saturday, according to the National Weather Service.

In Gig Harbor -- southwest of Seattle -- a man died when strong winds caused a tree to fall on his car, authorities said.

In a separate incident in the state, a girl, 10, died when a branch hit her while she was playing outside a friend's home in Federal Way, said Ed Plumlee, assistant chief of South King Fire & Rescue.

Downed power lines and trees littered roads and freeways, adding to the mayhem.

At the peak of the storm, Canadian crews helped restore power to nearly 500,000 residents in Puget Sound region.