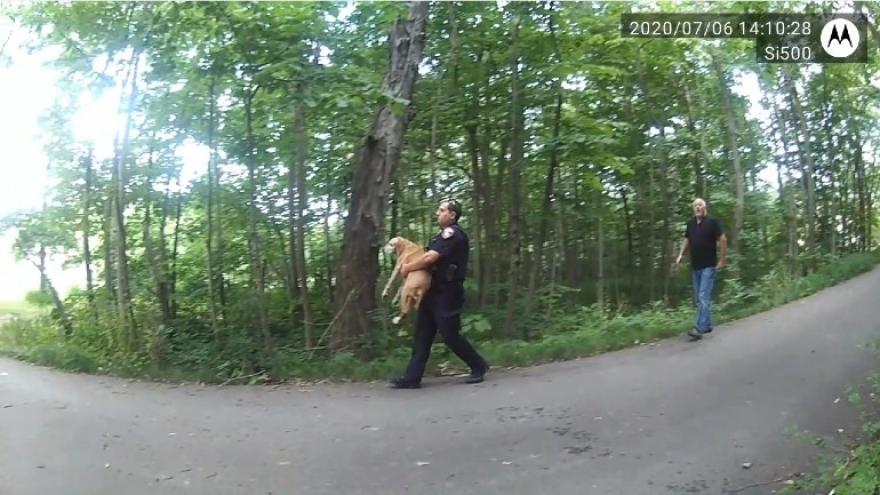 CALEDONIA, Wis. (CBS 58) -- Caledonia Police and fire rescued two dogs after responding to the 6800 block of Beechnut Road for an active house fire that showed flames coming through the roof on Monday, July 6 around 2 p.m.

According to a news release, Caledonia Officer Radke was first to respond. The officer and a neighbor checked the home and located a dog named Deezel. After removing the dog, Officer Radke entered a second time to check further for people or animals. Without success, he exited the residence.

The Caledonia Fire Department was able to free a second dog, according to officials.

The home sustained severe damage and no one was injured during the incident, officials said. The fire was extinguished by the Caledonia Fire Department, as well as other area agencies.