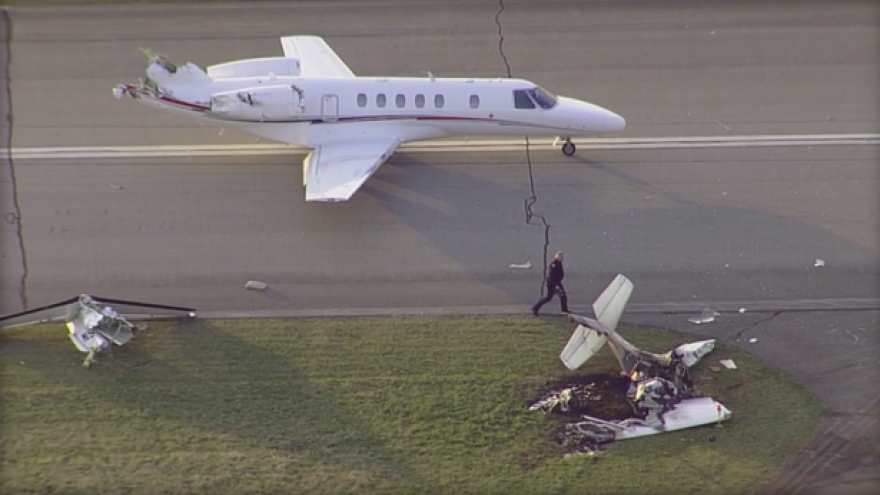 MARION, Ind. -- Two planes collided at a small Indiana airport Monday evening, killing at least two people, the Grant County Coroner told CBS affiliate WTTV. The crash at Marion Municipal Airport, about 50 miles northeast of Indianapolis, involved a small private plane, which sustained fire damage after the collision, and a larger plane that had its tail completely severed off.

The Federal Aviation Administration (FAA) says the planes involved were a Cessna 525 Citation Jet and a single-engine Cessna 150, WTTV reports. The FAA believes the Cessna 150 struck the tail of the Citation while attempting to take off at 5:09 p.m. local time. The Citation had just landed, WTTV reports.

The Cessna 150 was carrying two people from Indiana, both of whom died, according to WTTV. The condition of the five people onboard the Citation was not immediately clear. WTTV reports the airport does not have an air traffic control tower, and pilots are expected to communicate via a common radio frequency.

Images of the crash scene showed remnants of the small plane across from the jet. The National Transportation Safety Board (NTSB) is leading the investigation, WTTV says.