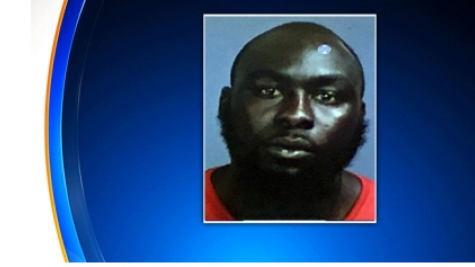 NEWARK, N.J. (CBSNewYork) — Three people were killed and three were critically injured in a stabbing inside a Newark, New Jersey home on Saturday afternoon, the Essex County Prosecutor’s Office said.

The attack happened in the 100 block of Hedden Terrace around 3:55 p.m.

Acting Essex County Prosecutor Carolyn Murray said an 8-year-old girl, 11-year-old boy and 23-year-old woman were killed, and two 13-year-olds — one boy and one girl, believed to be twins — and a 29-year-old woman were critically wounded. The victims were members of the same family, CBS2’s Christine Sloan reported.

The mother of the 13-year-old boy and girl returned home from shopping to find her children being carted out on stretchers, Sloan reported.

“She just collapsed, and I went over there to console them. It was like after they started bringing the kids outside, she just lost it,” resident Mae Singleton said. “She just said he forced himself in the house, and then that’s when I guess he went off and started stabbing them, I don’t know.”

Murray said 26-year-old Jeremy Arrington is wanted for questioning, but he is not being named as a suspect.

Arrington also has an unrelated warrant for sexual assault and aggravated assault, Murray said. He is considered armed and dangerous.

Newark Mayor Ras Baraka called the scene “horrific and horrible,” and said it was “one of the most tragic and savage situations” he’s seen in 20 years.

He asked the public to proceed with caution but to turn the suspect in.

“The 5th Precinct is on Clinton Avenue. You better hurry up and get there, because if we’ve got to get you, there ain’t going to be no cell that’s going to hold you,” resident Donna Jackson said.

A $20,000 reward has been offered for information leading to an arrest and conviction in the case.