Friday 7 AM Update: Snow reports coming in as snow comes to an end

Friday 7 AM Update: Snow reports coming in as snow comes to an end

New reports have started to come in with most in southeast Wisconsin picking up 1-3" of fresh snow Thursday night. Racine County has seen the highest totals with multiple reports there around 4". The accumulating snow is pretty much done with just some fine light snow still out there. Another dusting or tenth of an inch is possible the rest of Friday morning. 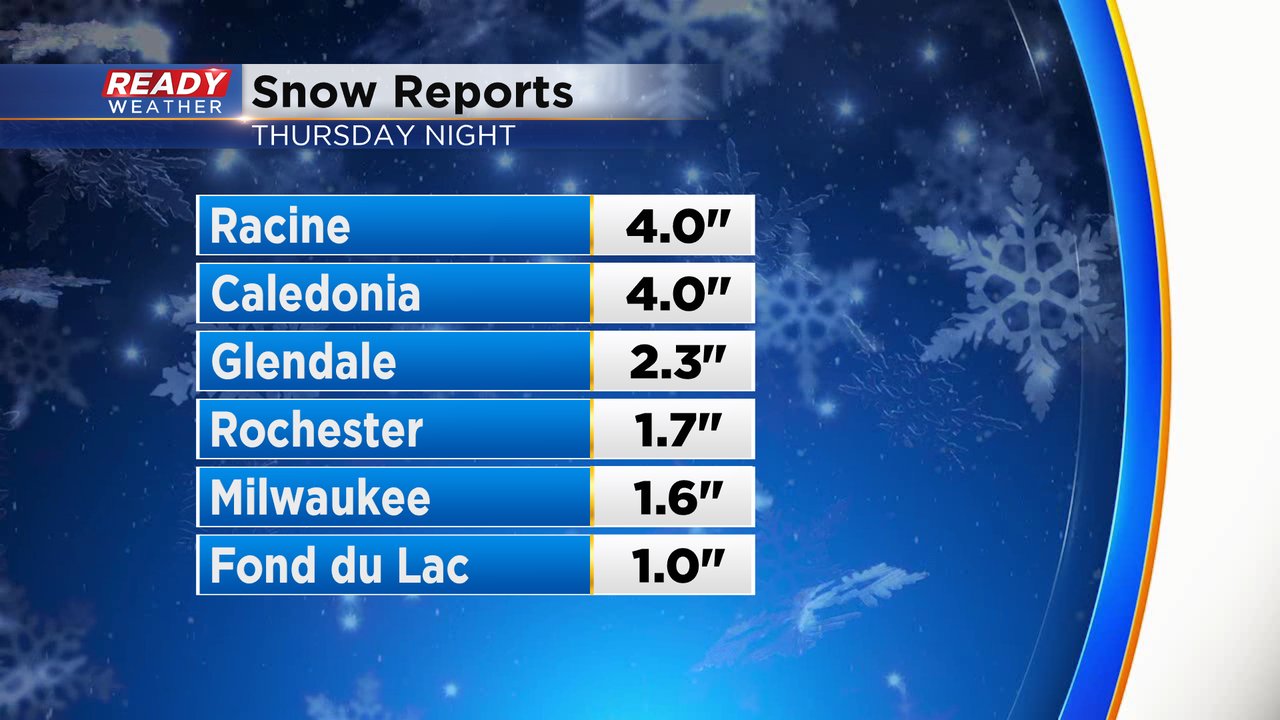 The fine snow is still causing a lot of issues on the roads. Most roads in southeast Wisconsin are being reported as snow covered or slippery and side roads are even worse. Salt doesn't work well with temperatures this cold and the fine, powdery snow can be more slippery than the wet snow. 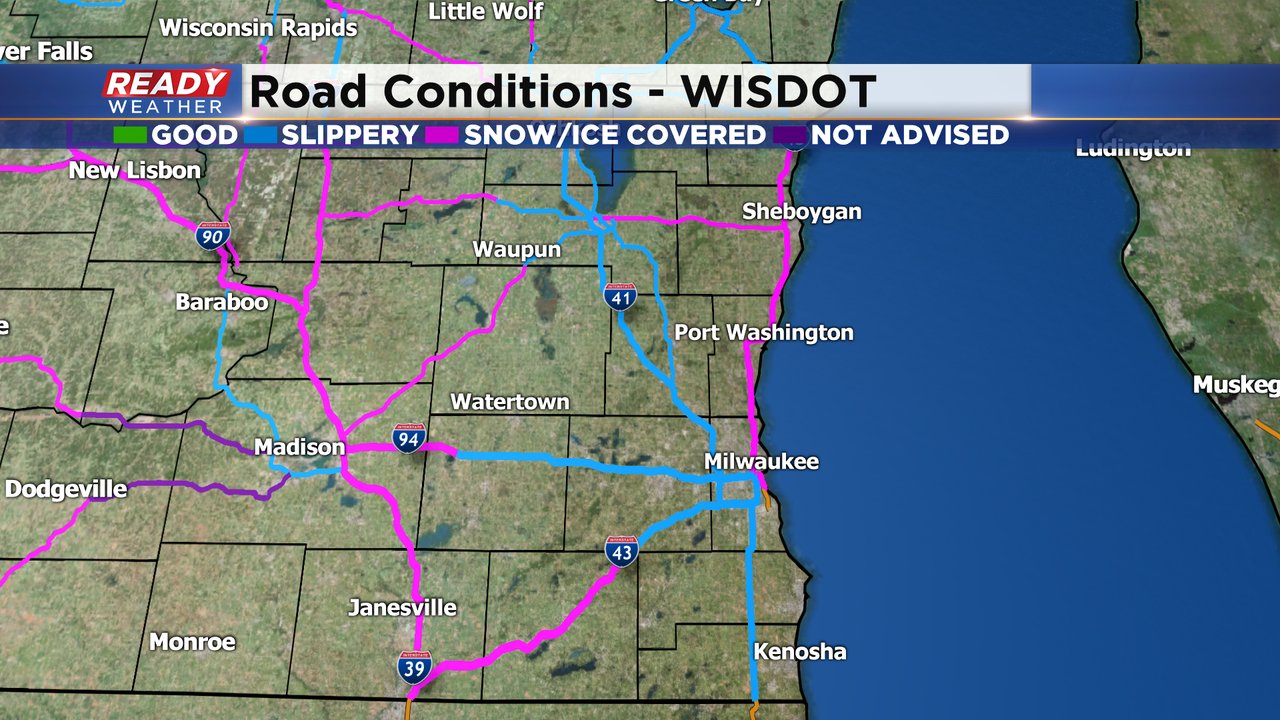 Most of the accumulating snow has wrapped up with just some light snow showers and flurries lingering this morning. Roads are reported as snow covered and slippery this morning. The fine snow tends to be very slick and salt is ineffective with temperatures this cold so expect some rough travel for the Friday morning commute. 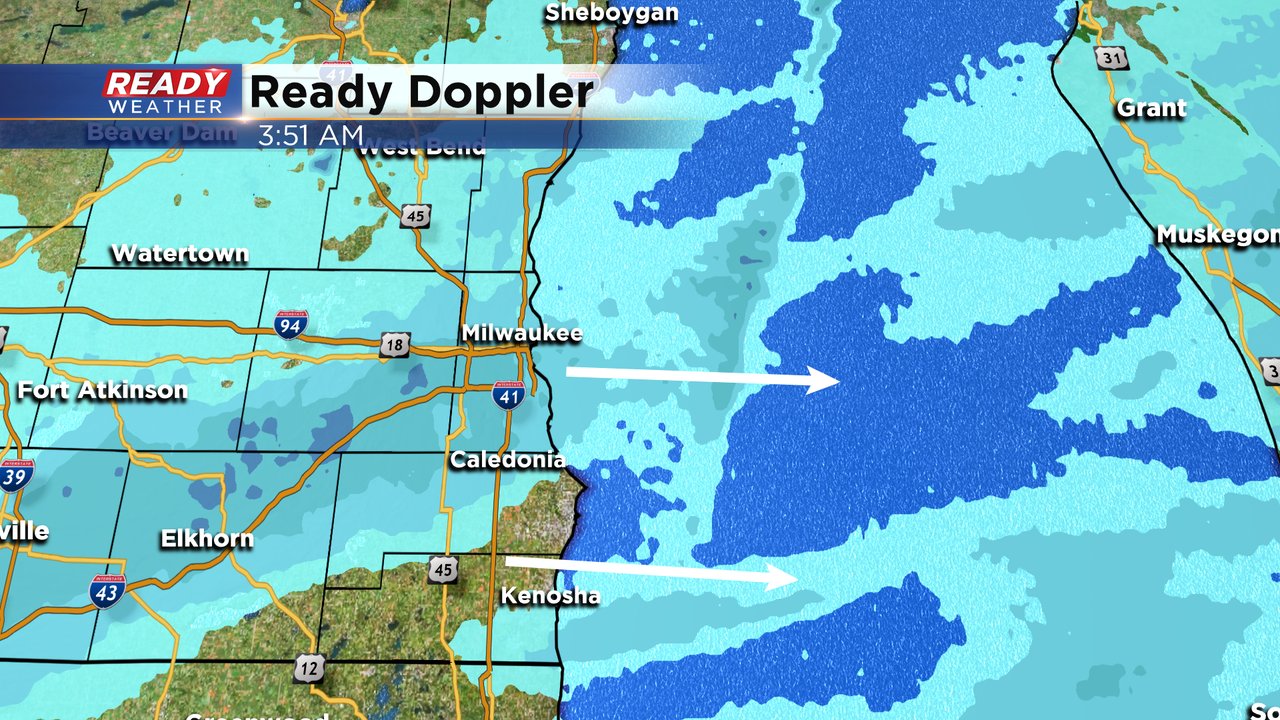 Snow totals are barely coming in but some spots have reported between 0-2". 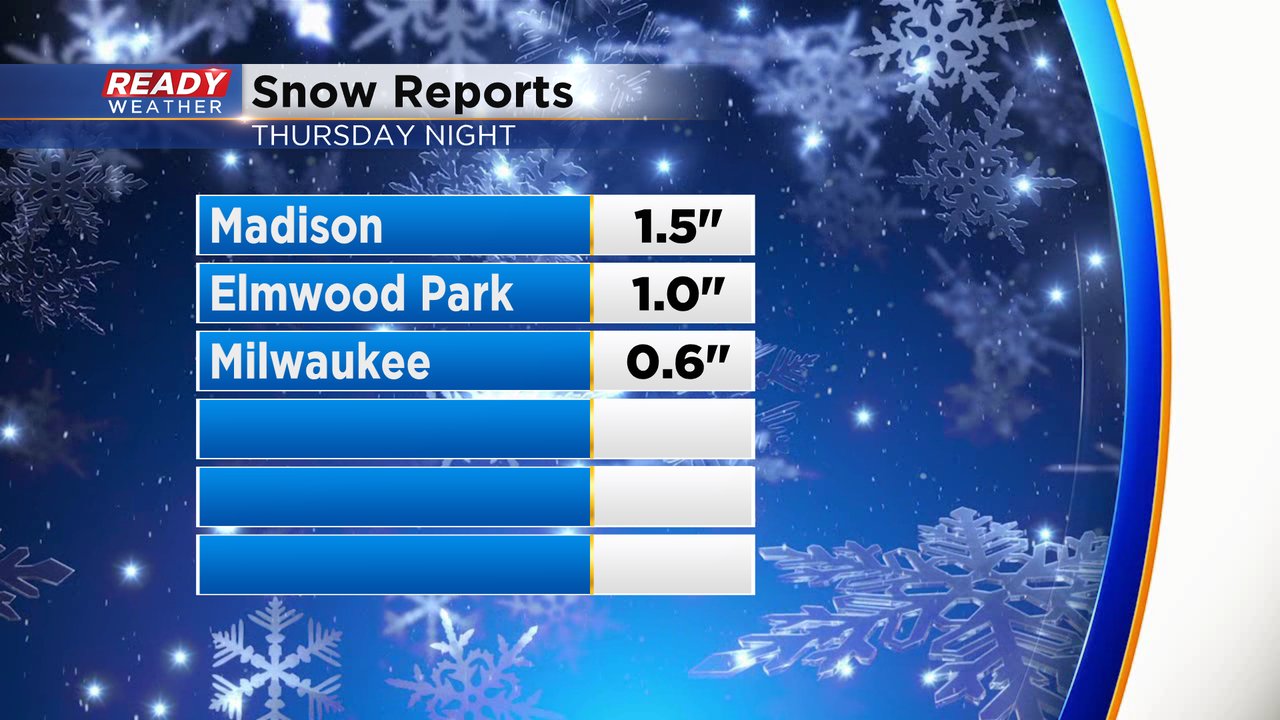 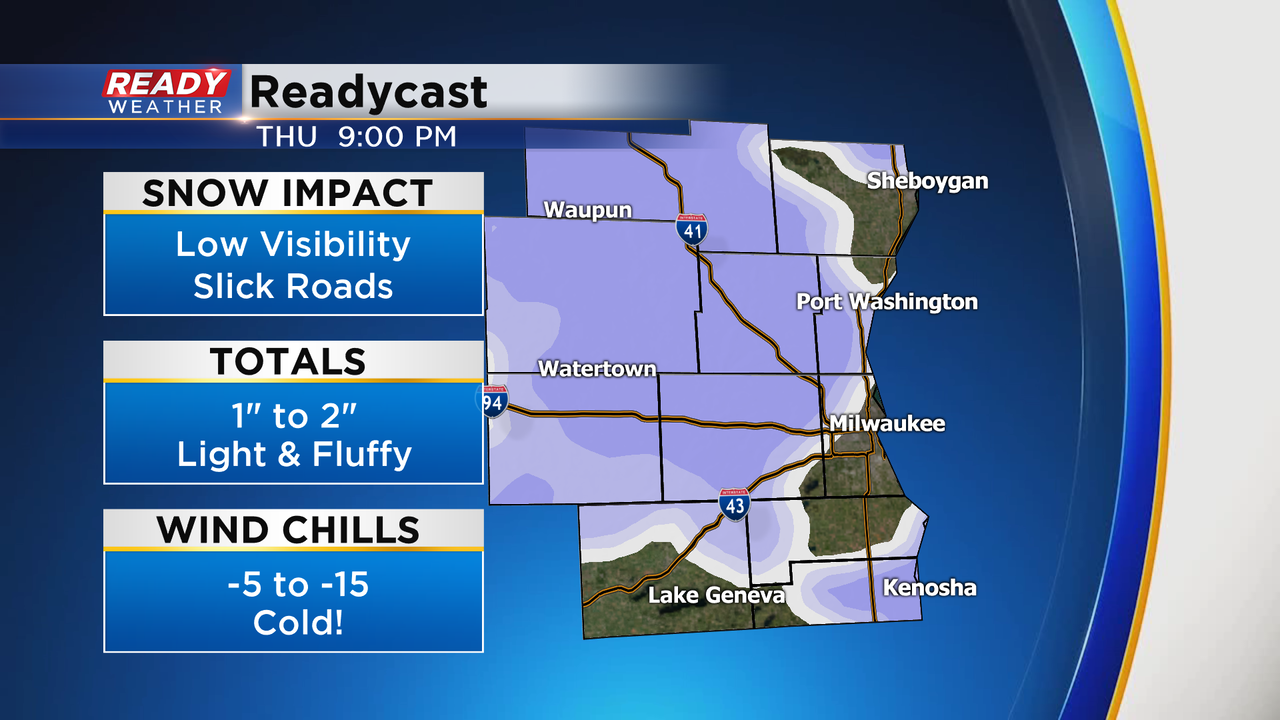 The light to moderate snow will slowly come to an end after midnight.  The snow should be done well before the morning commute. 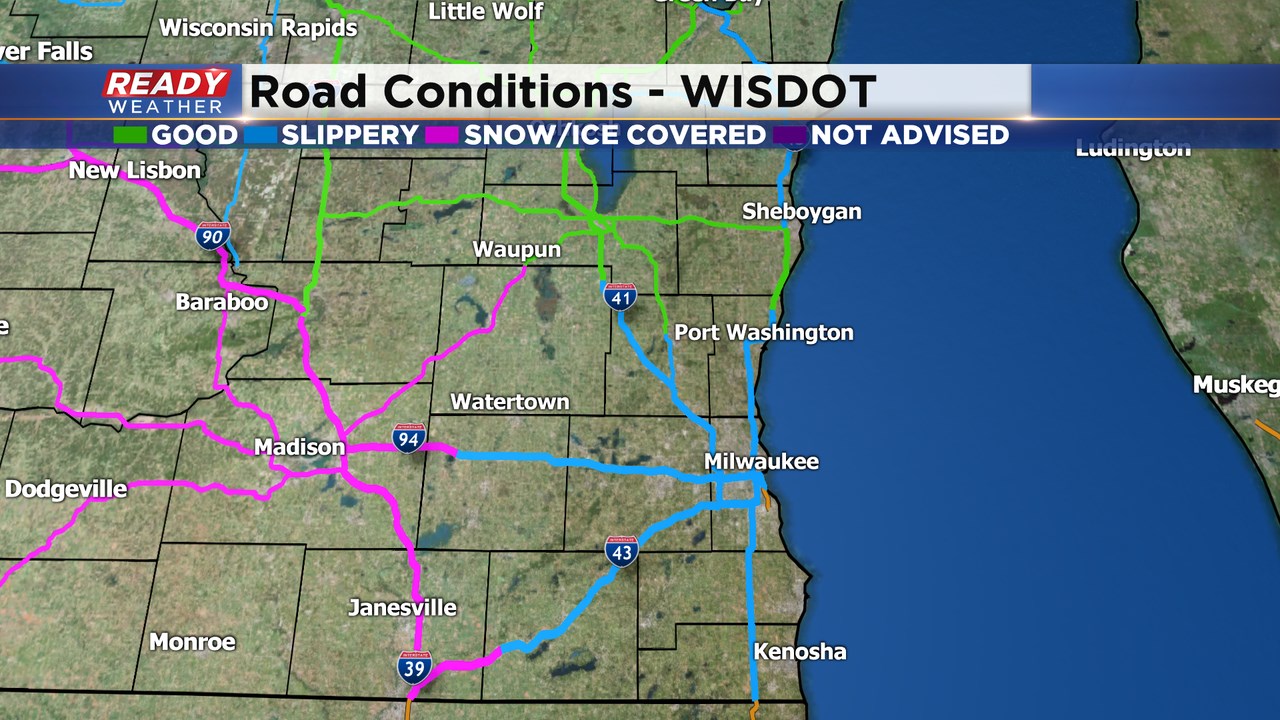 Cold pavement temperatures are causing plenty of slippery stretches across the area.  Ramps are very slick going on the highways. 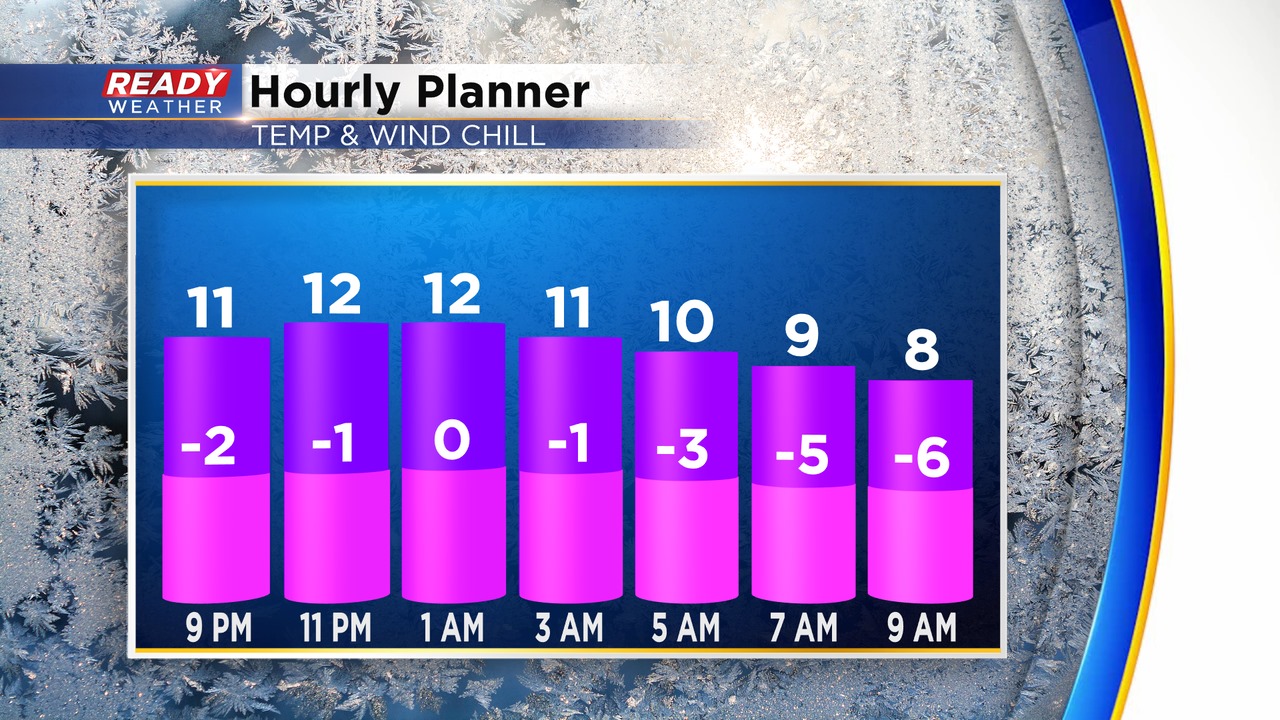 1" to 2" of light and fluffy snow is possible across the area.  While a few inches doesn't seem like a lot, cold temperatures in the single digits will cause slick roads.  Use caution while driving.

Another round of snow is possible late Friday night through Saturday.  Several more inches are possible.

As of today Milwaukee is just under 2" below normal for snow, but that will likely be erased by the weekend.