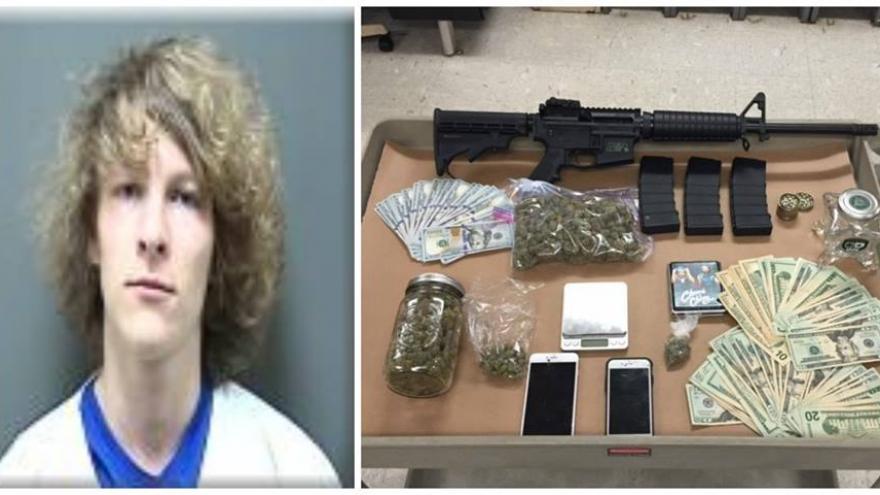 On August 10th, at approximately 6:00 am, agents from the Racine County Metro Drug Unit and K-9 officer executed two search warrants, located in the 3500 block of Indian Trail in the Village of Caledonia and the 800 block of Willmor St in the City of Racine.

Information had been developed through numerous citizen complaints that drug sales were occurring from these two residences.

The investigation developed a suspect, Isaiah Jones who had ties to both residences. Jones was located at the residence on Indian Trail along with a back pack containing marijuana, digital scale, and US currency.

Jone’s primary residence on Willmor St was also searched. A total of 216.2 grams of marijuana with a street value of approximately $2600, an AR15 rifle with three loaded magazines, digital scale, packaging materials, cell phones, drug paraphernalia, and $4150.00 in US currency was seized.